Is Sofia safe to visit alone

Wow Sofia! A weekend girls' trip took me to the Bulgarian capital for the first time, which I had heard little about before. So I was all the more excited about the trip to the Balkans. Just a short weekend in Sofia - enough to explore the city? Definitely! I'll show you how to get the most out of just a few days.

Sofia is a city of contrasts, there are the ugly prefabricated buildings (more likely to be found in the suburbs) and run-down houses on the one hand and venerable, beautifully restored buildings on the other. Influences from the time of communism still shape the city today, although almost thirty years after the fall of the communist head of state, a refreshing atmosphere of optimism can be perceived.

Today Sofia is a modern, hip city that is marked by its interesting history. An exploration tour through the Bulgarian capital is accordingly exciting - so beautifully different than through the metropolises of Europe and with many interesting customs and traditions. For example, I was delighted by a Bulgarian custom that annually welcomes spring.

Every year shortly before March 1, there are many street stalls in the city where so-called "Marteniza" sold. These red and white bracelets and pendants are given to each other on March 1st and the following week, wishing the recipient good health and a long life. The jewelry is to be worn on the left side, so close to the heart and is then removed when you discover the first sign of spring. Then the ribbons become the first blossoms of a tree, hanging on its branches. 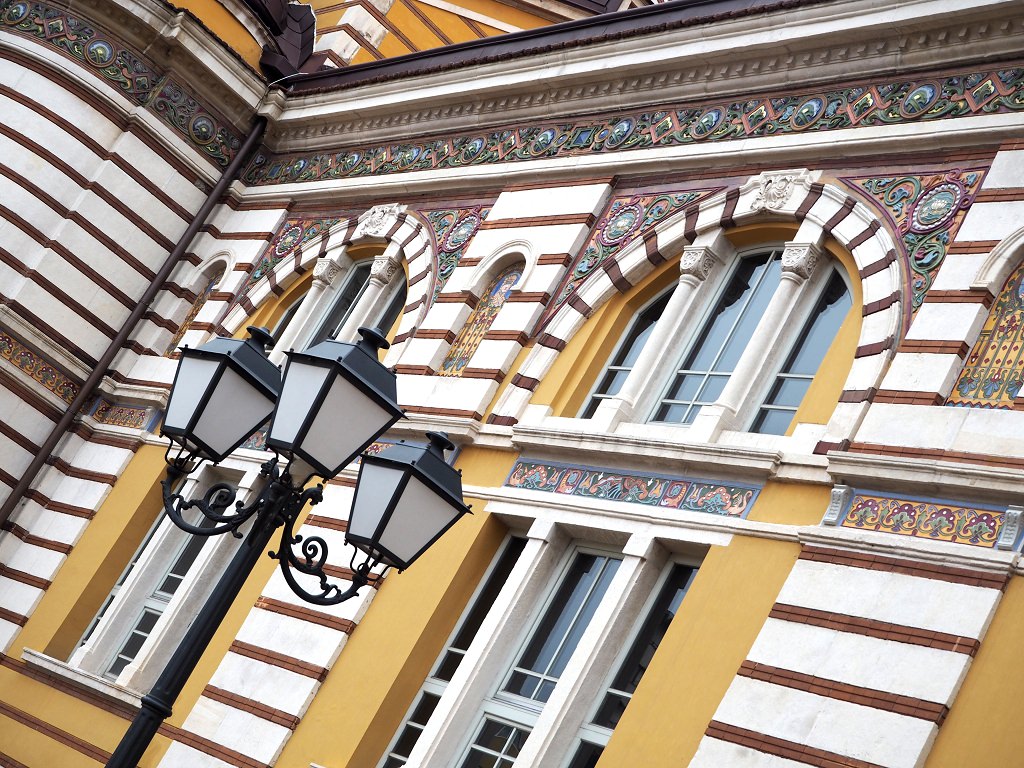 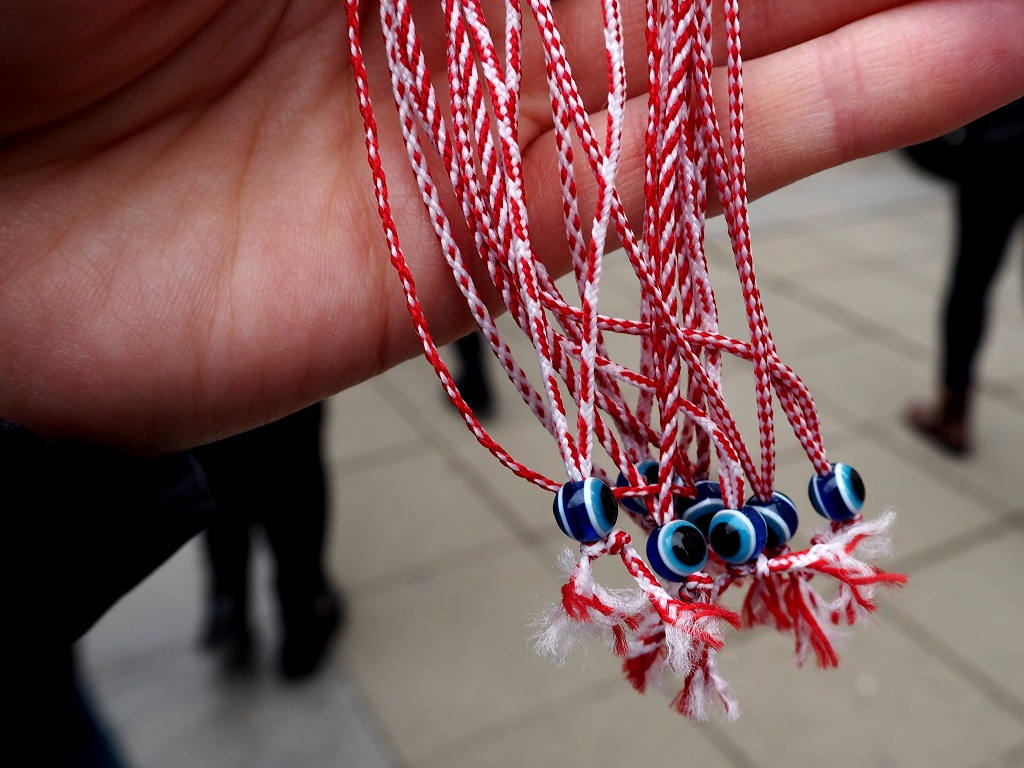 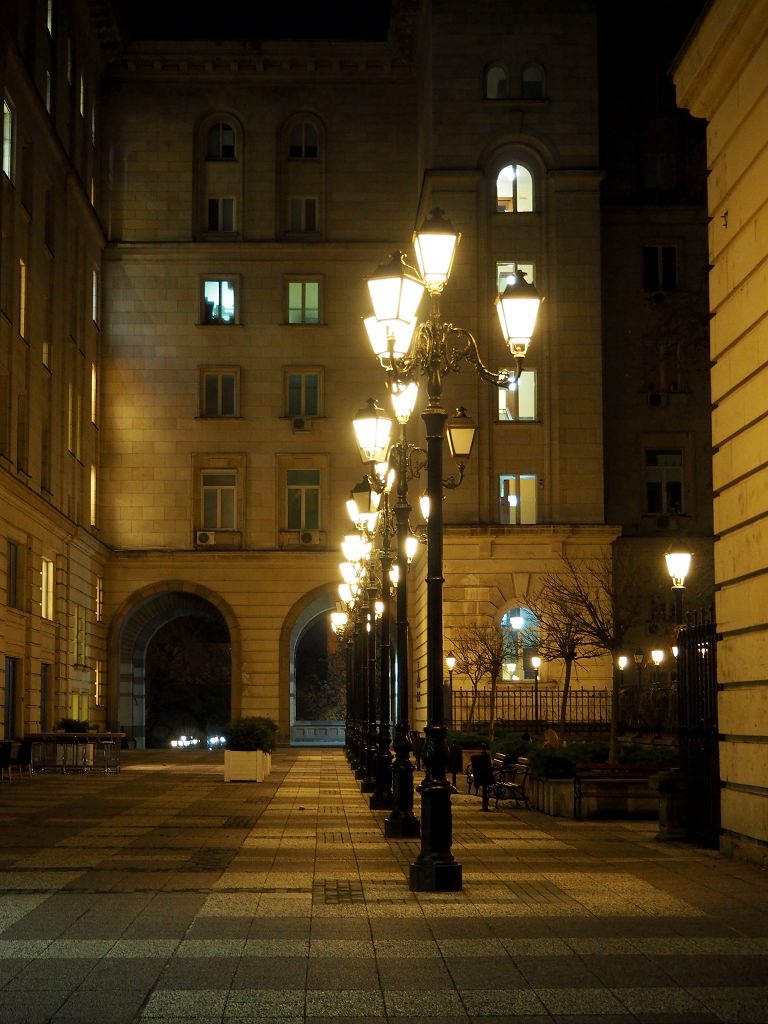 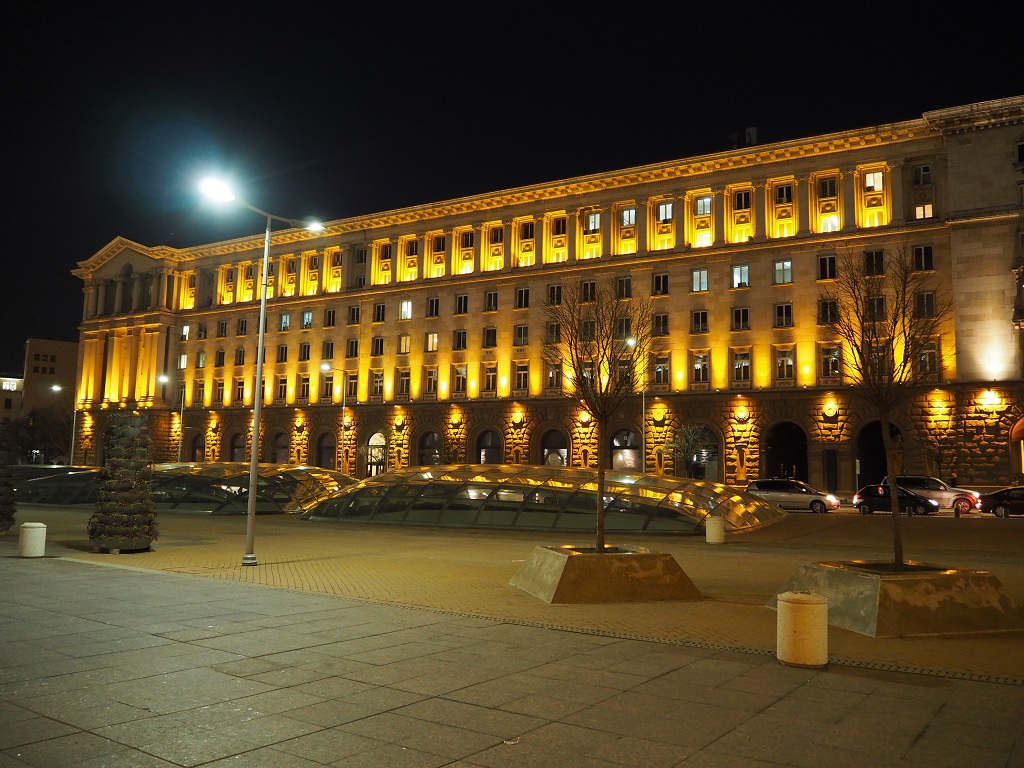 Especially if you have only little time available for the sofa trip, it is best to take a city tour right at the beginning of the trip to "tick off" the most important sights. In Sofia, as in other large cities, a Free Sofia (Walking) Tour is offered, which is operated by an NGO in the Bulgarian capital. The concept: the tour itself is free, but at the end you can tip as much as you want.

In order to take part in the city tour, you do not need to register, but simply appear at the meeting point at the specified time. A surprising number of participants came to the given meeting point on the day of my participation and even if I have already taken part in several such tours, there have never been so many participants. Apparently not uncommon for the free walking tour in Sofia, as the large group was simply split up into three smaller ones, which then moved away in different directions.

The Free Sofia Tour Team made a super sympathetic impression and our city guide Ani was a real bundle of energy, who not only led us through the city in a good mood in 2 hours, but also played a Bulgarian song at the end of the tour. We are happy to support this organization, as the tour guides put their heart and soul into their work and the city tour is not only very interesting, it was also a lot of fun.

If you prefer to be in a smaller group, there are many other tours in Sofia that might be something for you. A culinary tour of the city in particular has to be great and I would definitely try it next time. In the following I have listed some alternative programs for you: 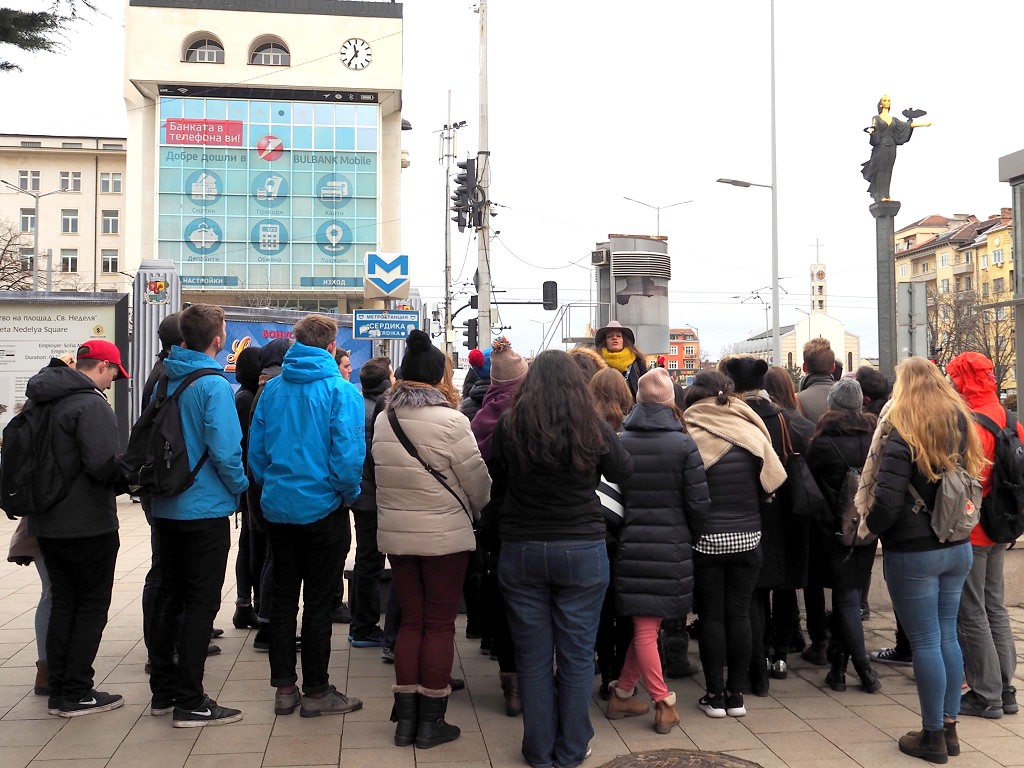 Out and about with the Free Walking Tour in Sofia 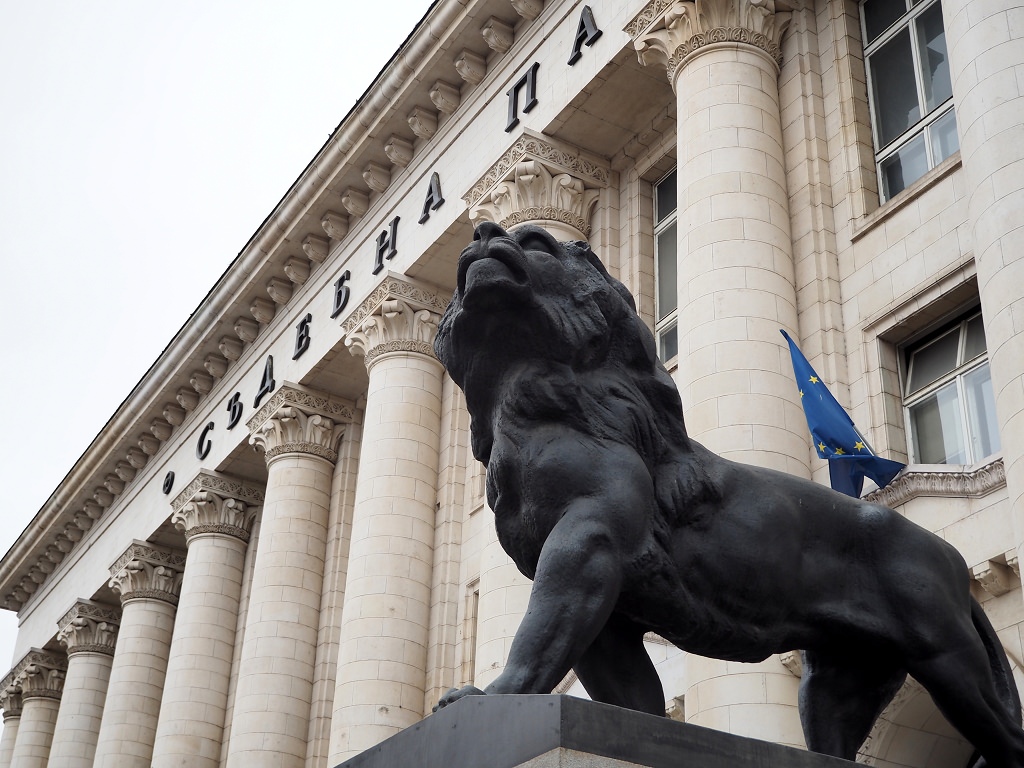 What is Williamsburg compared to the cool and, above all, widespread street art in Sofia? The street art highlight in Sofia for me was the painted power boxes, which you can find mainly in ul. (Ul. = Ulitsa = street) Tsar Ivan Shishman find. The area around this street looks pretty hip with lots of small, great boutiques to stroll and rummage through.

I think the painted power boxes are a great idea to make the cityscape a little more colorful and to upgrade something next to the sometimes very shabby houses. But street art is not only popular in Tsar Ivan Shishman, every now and then you will discover colorful graffiti art works while strolling through the city. Particularly cool: a large part of the street art is even driven by the city administration, for example the painted power boxes in Tsar Ivan Shishman Street were created during the Sofia Breathes Festival as an initiative of the city and an appeal to young graffiti artists to creatively embellish the ugly power boxes. 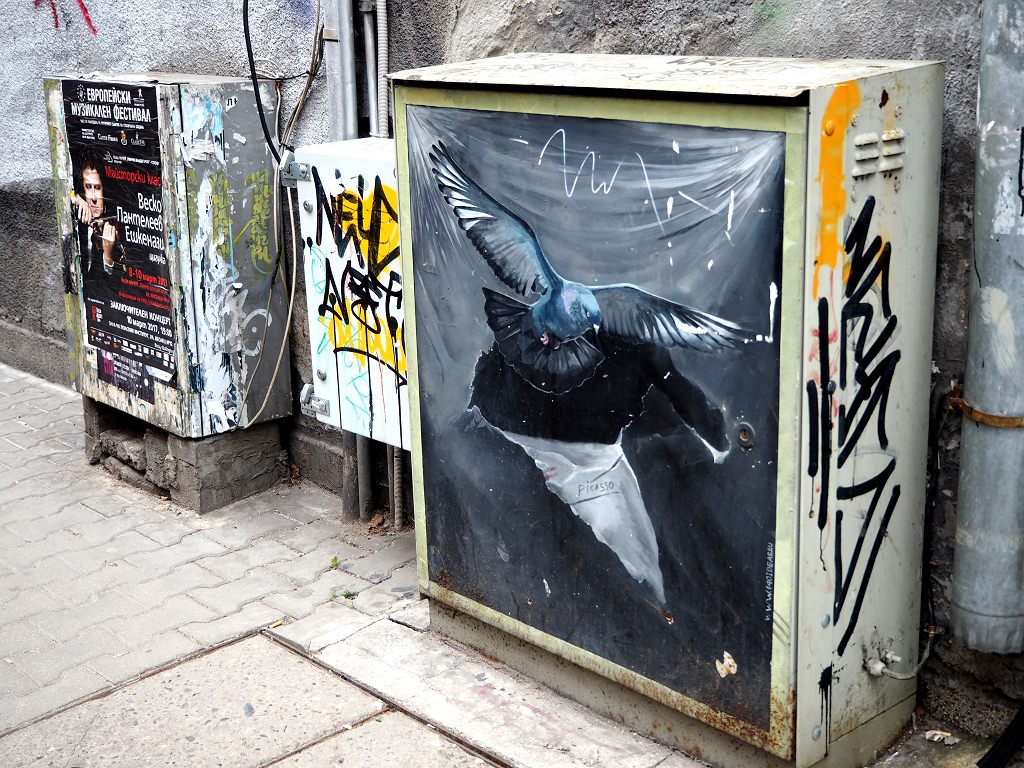 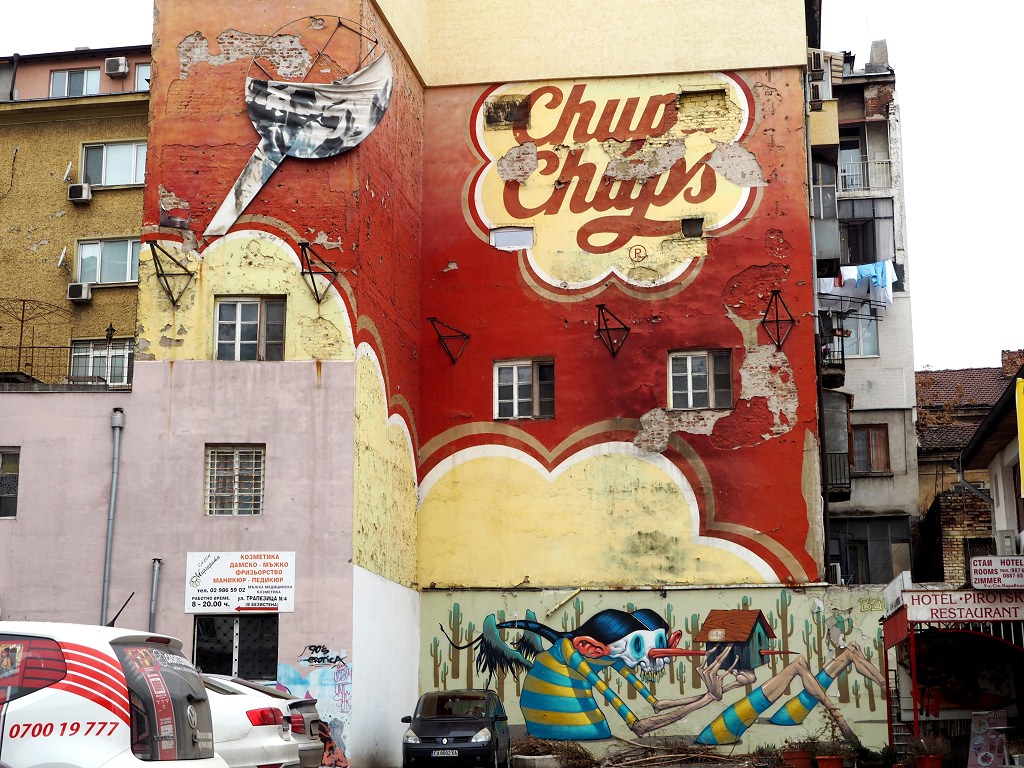 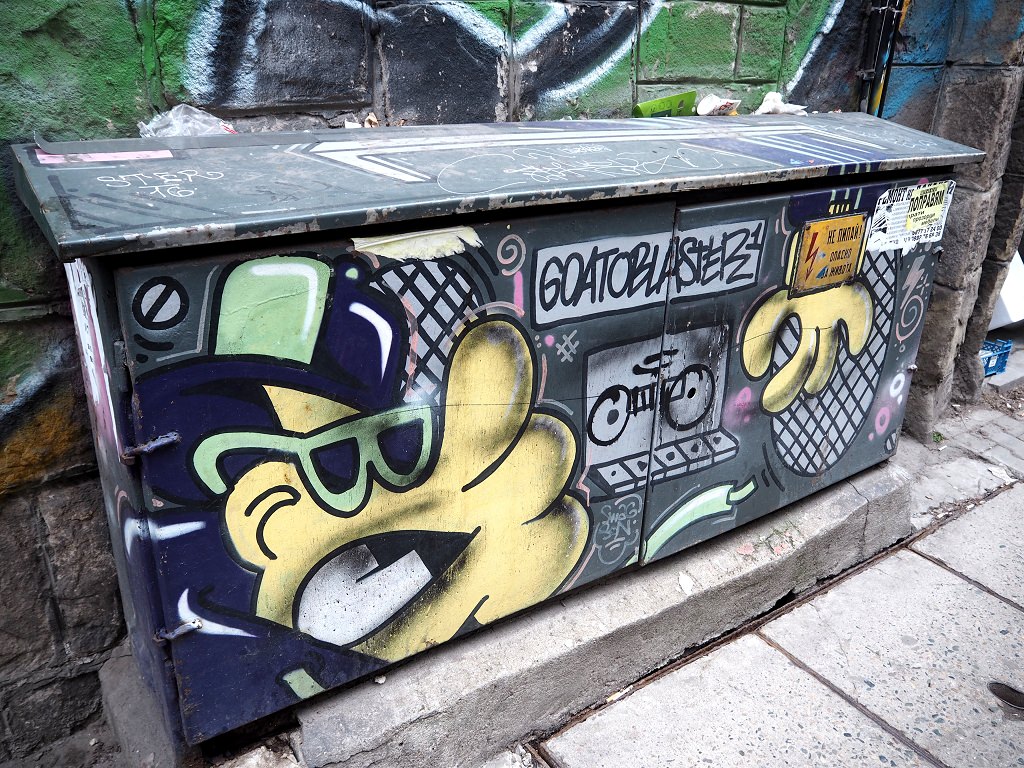 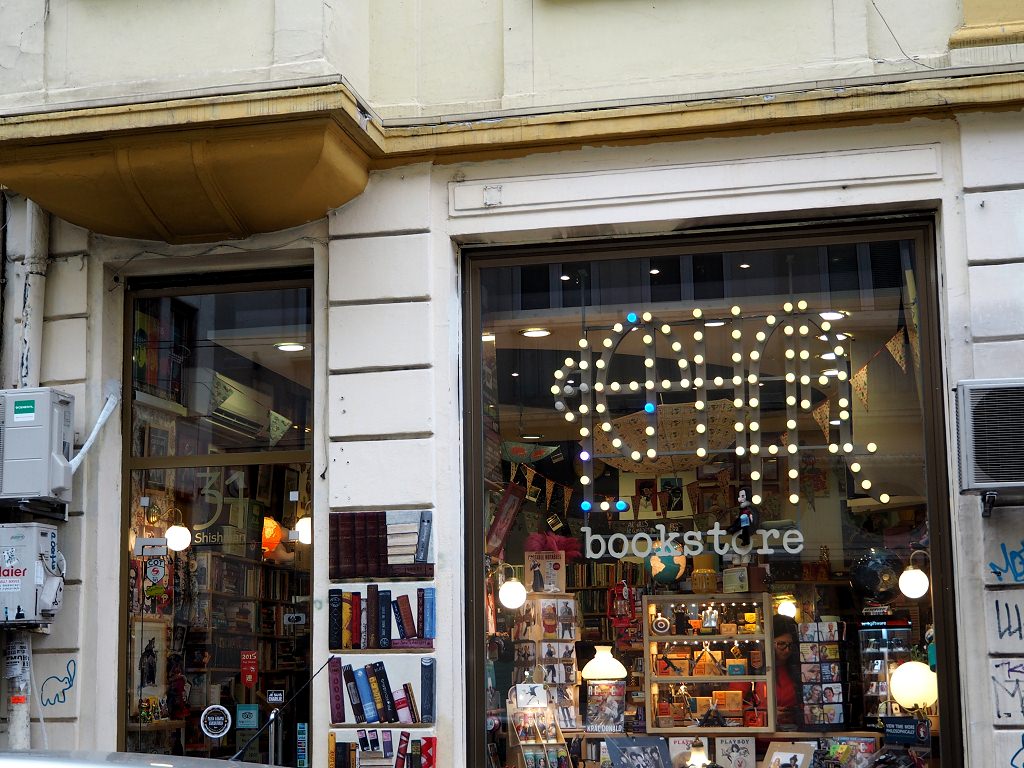 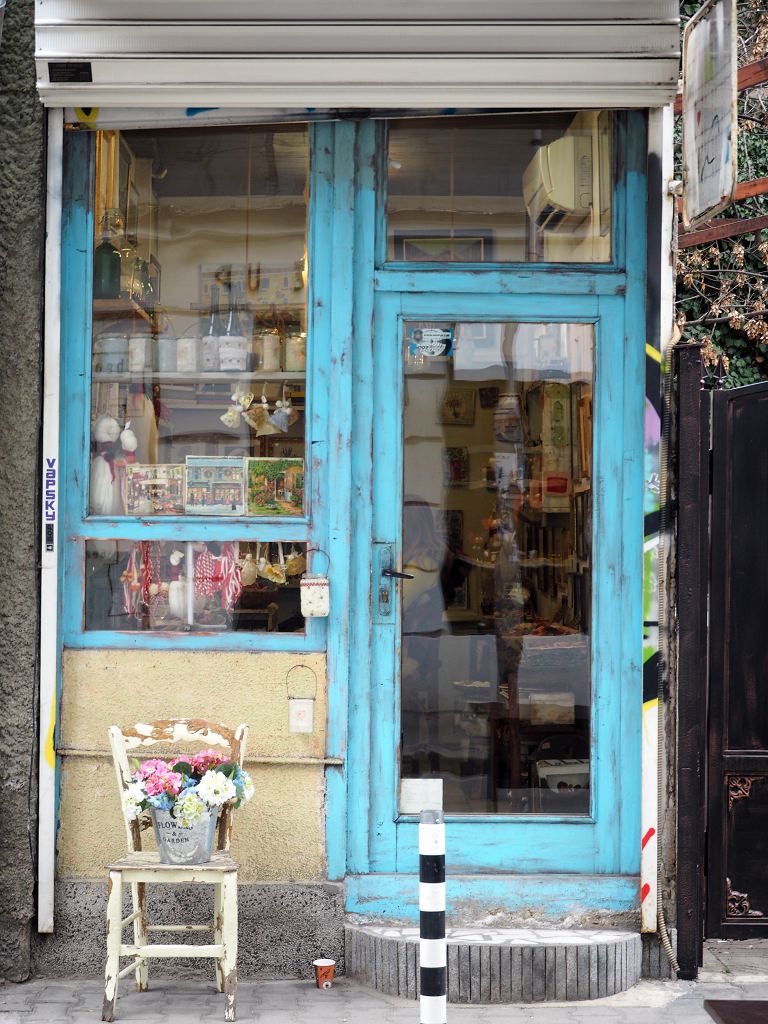 You can explore Sofia feasting! Grandiose restaurants run through the city and you hardly know which one to take a seat in. On the Vitosha Boulevard, the main shopping street, for example, you will find one restaurant next to the other. There is a lot going on here in the evening, even in the cold season you can sit “outside” here in the small “winter gardens” in front of the restaurants, which are usually kept warm with radiant heaters.

We recommend the Social Café on Vitosha Boulevard, for example, a hip restaurant with international cuisine; you can also find some Bulgarian dishes on the menu. The restaurant, which opened in 2015, has a modern interior and is almost always well attended. 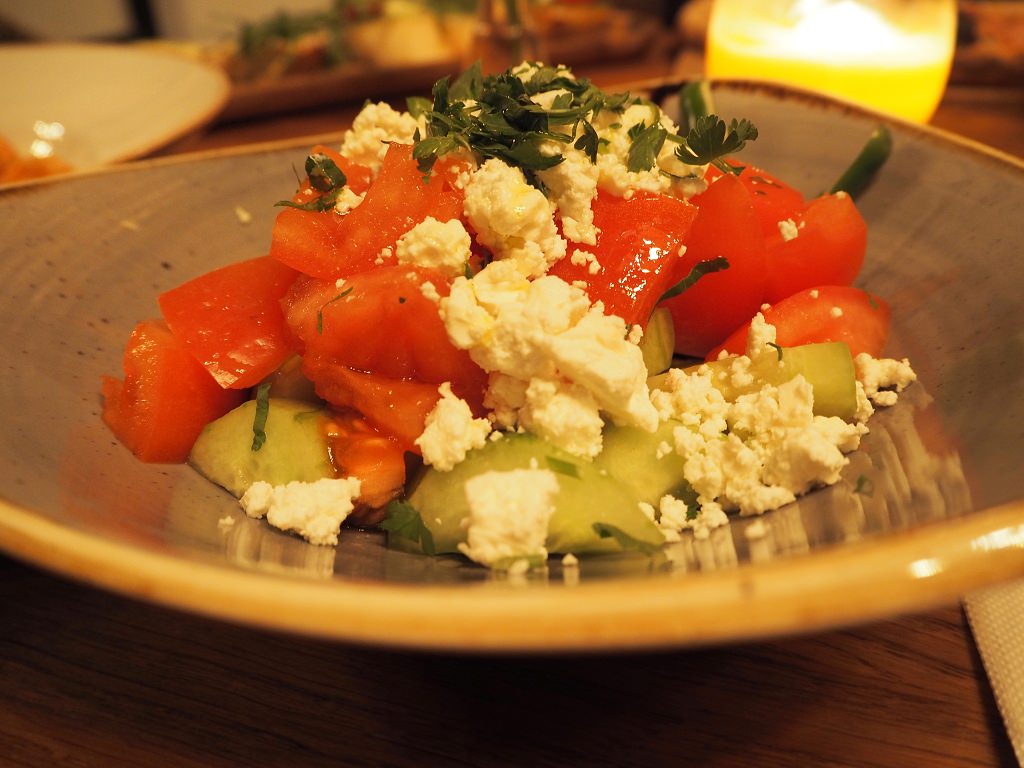 You should definitely visit this restaurant. The Lubimoto is super hidden in a side street of ul. Tsar Ivan Shishman and also in a small backyard. Unless you are specifically looking for this restaurant, you will likely pass it by. Built like a small hut, you can take a seat here in a really rustic and cozy way and enjoy traditional Bulgarian cuisine. 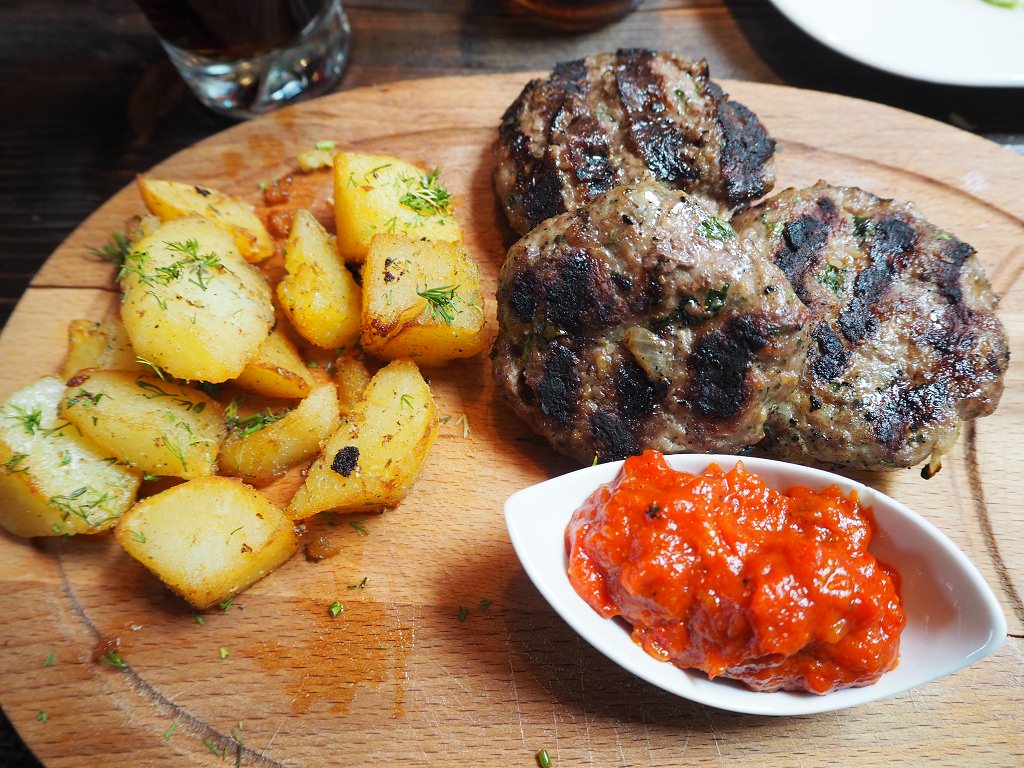 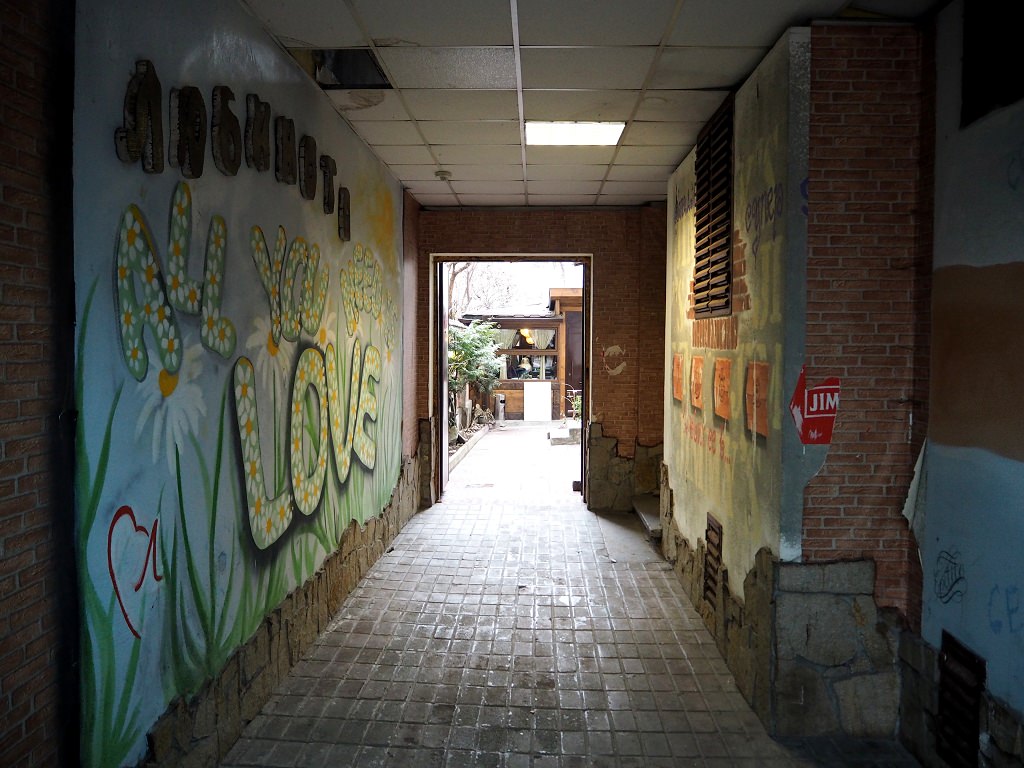 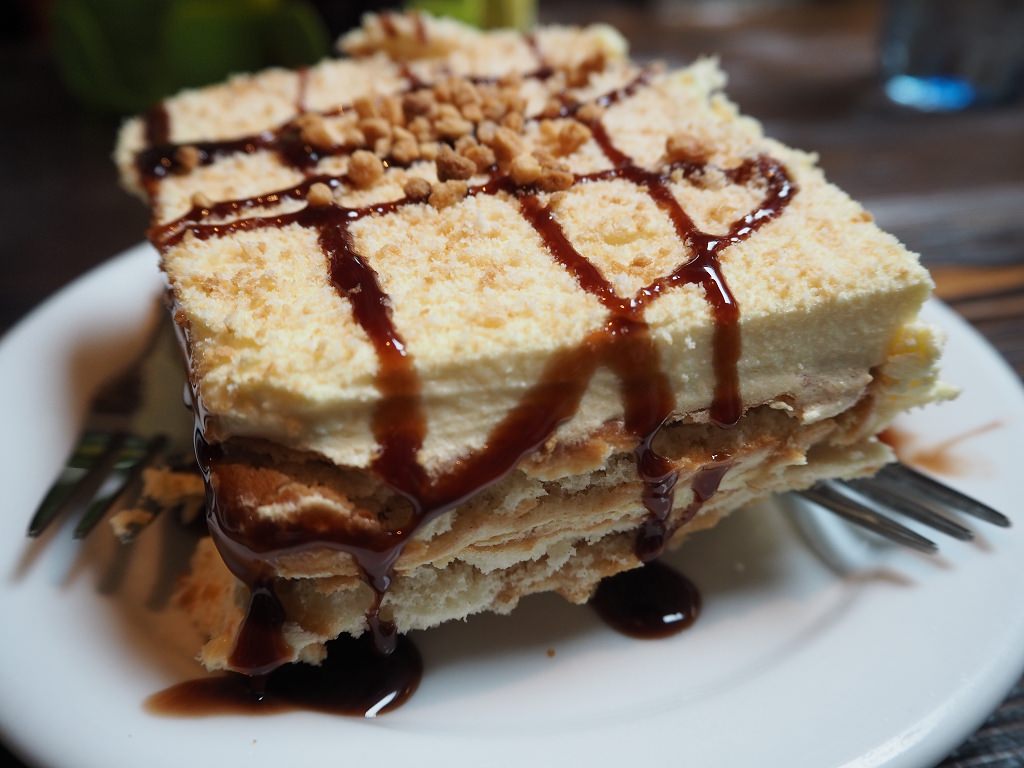 A separate shop for soup dishes only! So cool right? The Supa (= soup) Star is available twice in town:

Cocktail with a view - is available in the Sense Hotel's Rooftop Bar. The bar on the 9th floor of the hotel with a panoramic view of the city offers not only great cocktails and a chic atmosphere, but also a fabulous view of the city's landmark, the Alexander Nevsky Cathedral. You can also visit the Rooftop Bar if you are not a hotel guest yourself. Dress code: upscale. 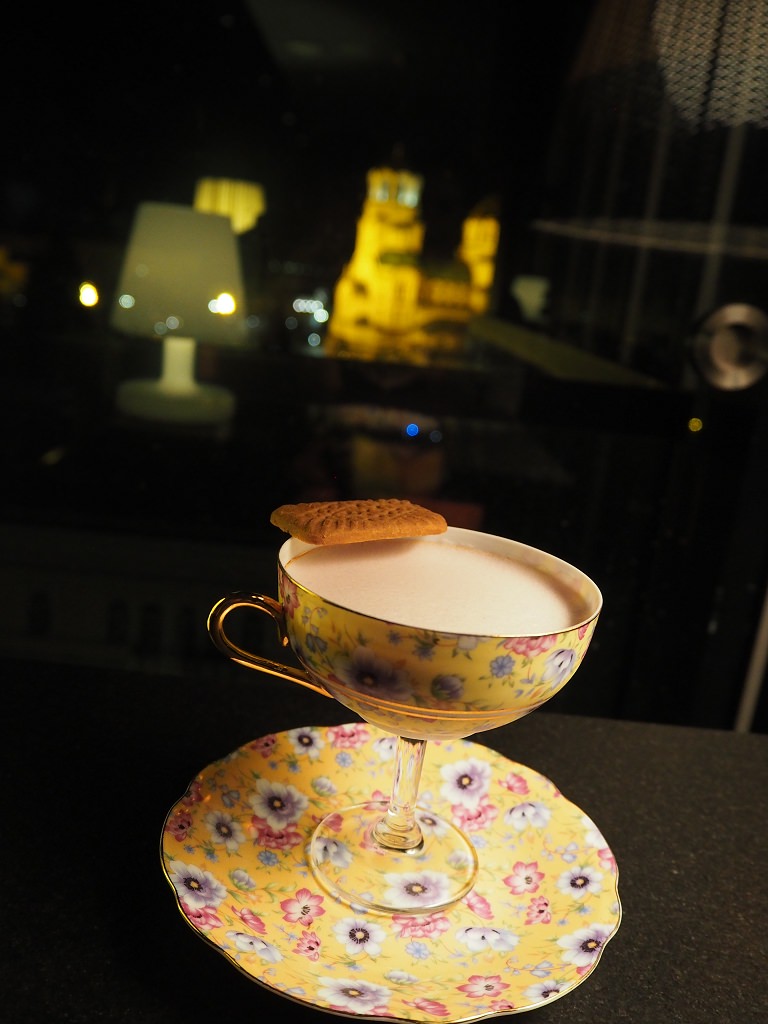 Cocktail with a view in the Sense Rooftopbar 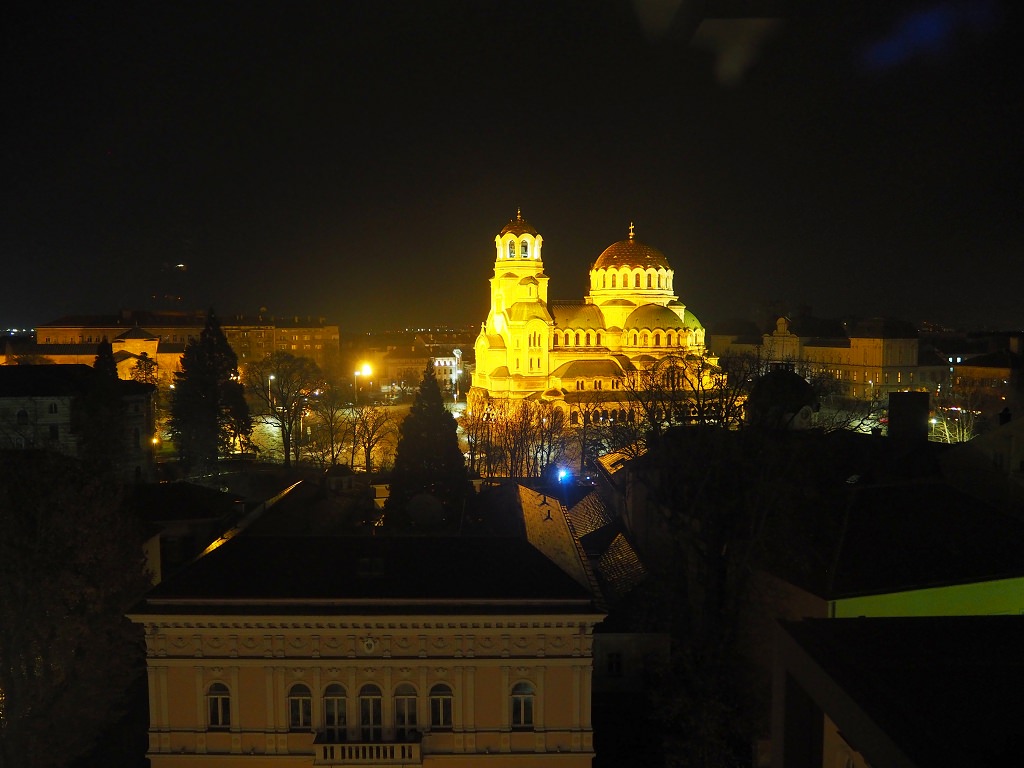 Getting around in Sofia

From the airport to the city

The relatively manageable Sofia airport is only 10 km from the city center and can be easily reached by metro. The orange line M2, which is right next to the airport (so it is best to leave the main entrance once and then to the left) runs regularly into the city, which you can reach in around 25 minutes.

The prices are almost unbelievable: a single ride costs just 1.60 LEW - the equivalent of around 80 cents, making the train journey the cheapest way to get into the city. Other variants are the taxi ride and a bus transfer *, which, however, at around 15.00 - 30.00 EUR, do not come close to the metropolitan price. 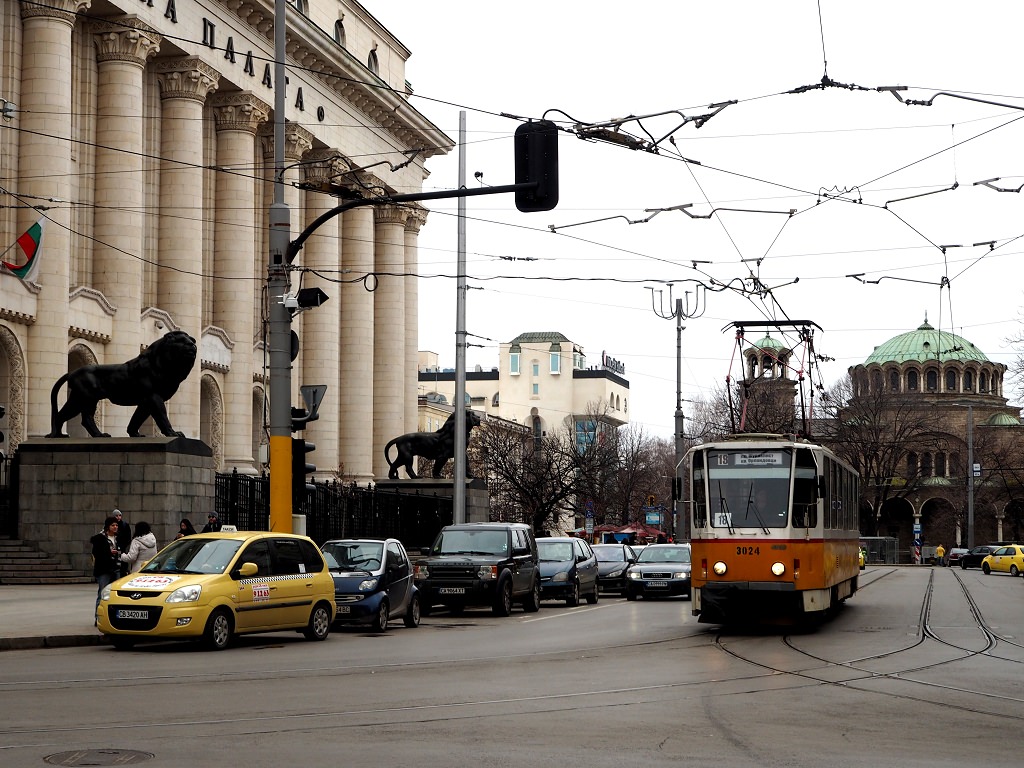 Driving a taxi in Sofia is very cheap, so you can quickly jump into one of the yellow taxis within the city and, especially if you are not driving alone, only have to pay a few cents or euros. The journey usually costs between 0.30 and 0.40 cents and the kilometer price is around 0.60 cents.

The nice thing about Sofia is that almost all major sights are within walking distance, so it's best to explore the city on foot. For me it is always the best way to really experience a city and not miss anything.

The prices of the accommodations in Sofia are very reasonable. You can sometimes get hold of very chic hotels here at comparatively low prices. However, since I was looking for accommodation for a number of three people, which is usually atypical for hotel rooms, the choice was a bit limited. We finally decided on the “suite” in the BW Premier Collection Hotel *, for which the three of us paid 248.00 euros for two nights including breakfast. 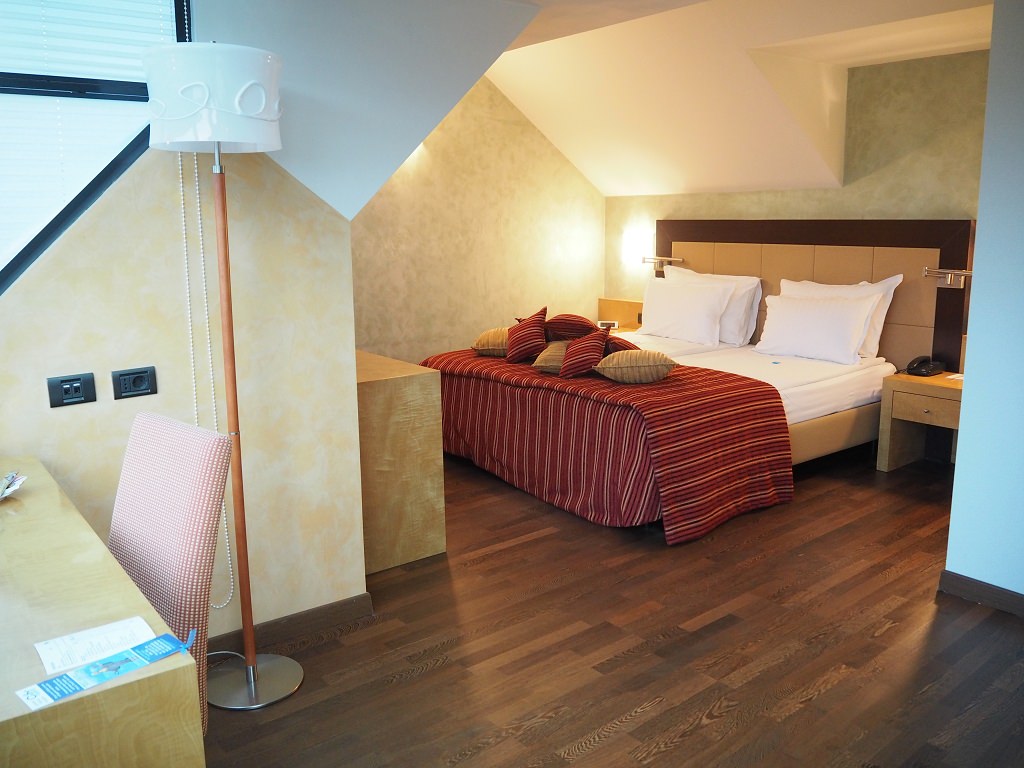 My room at the BW Premier Collection Hotel in Sofia

A lot of things surprised and amused me in Sofia. There are also some quirks that I have never seen before while traveling. For example, have you ever seen a kiosk that almost disappears into the floor? Customers are served here practically from the basement, which just looks unusual. 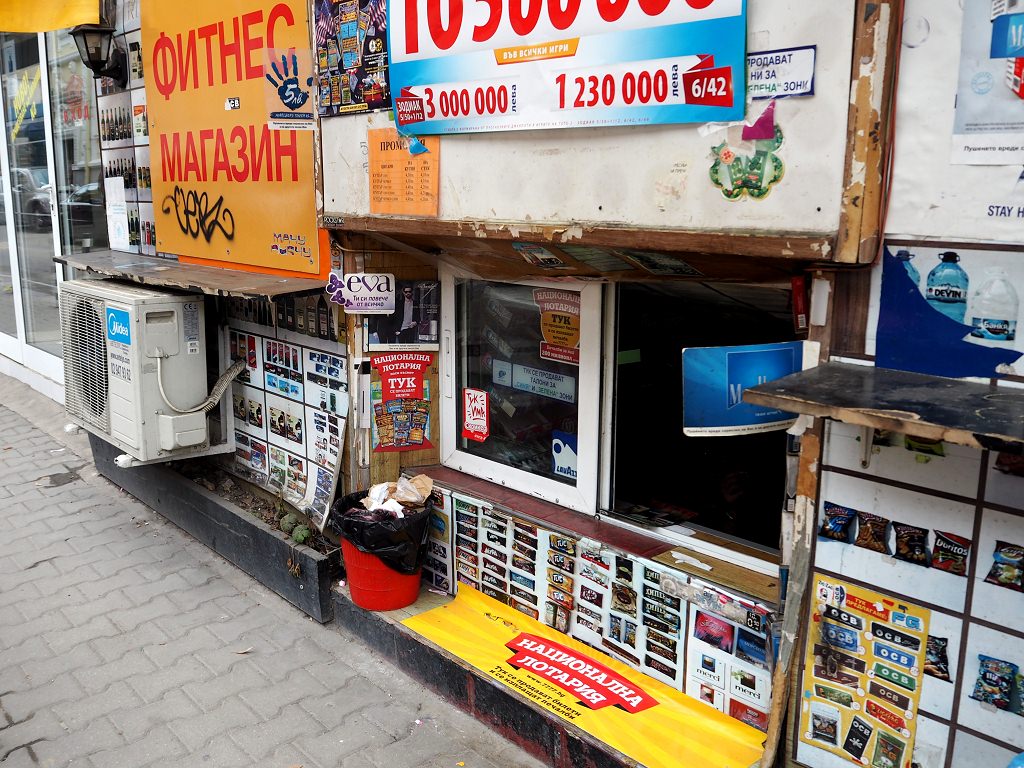 A basement kiosk in Sofia

Another kiosk: the shop window kiosk. You can see the goods on offer here through a shop window; The selection is neatly lined up next to each other. Anyone who then wants to buy something speaks to the seller through a tiny hatch next to the shop window, pays and receives the purchased goods through the small window. Funny! 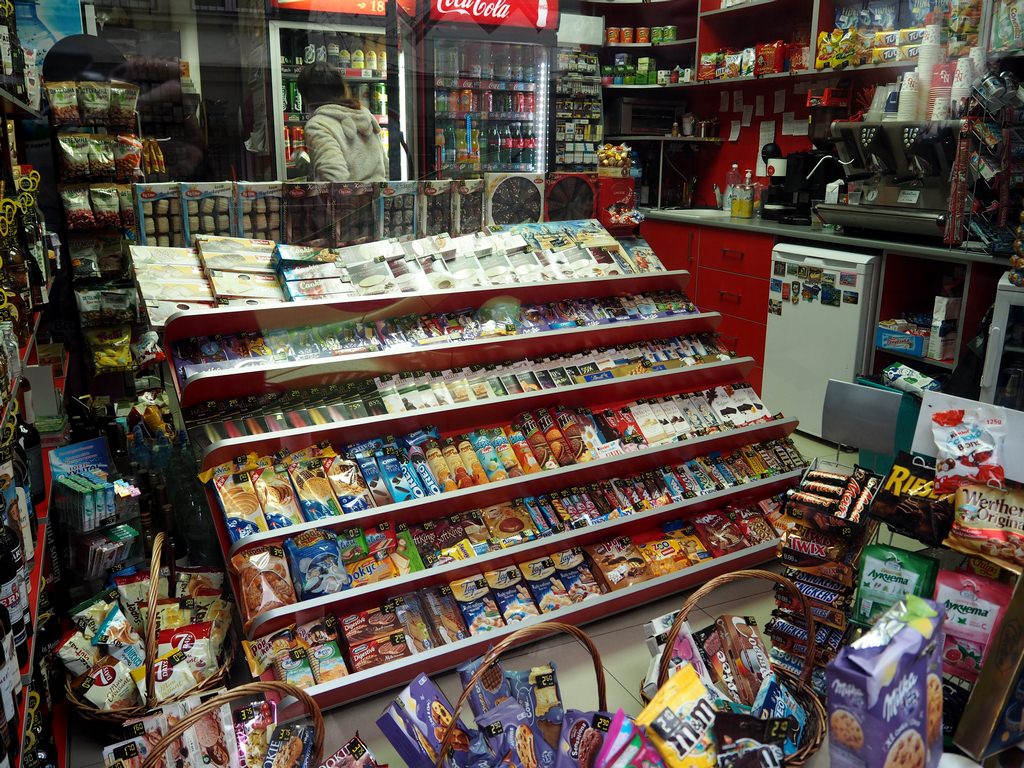 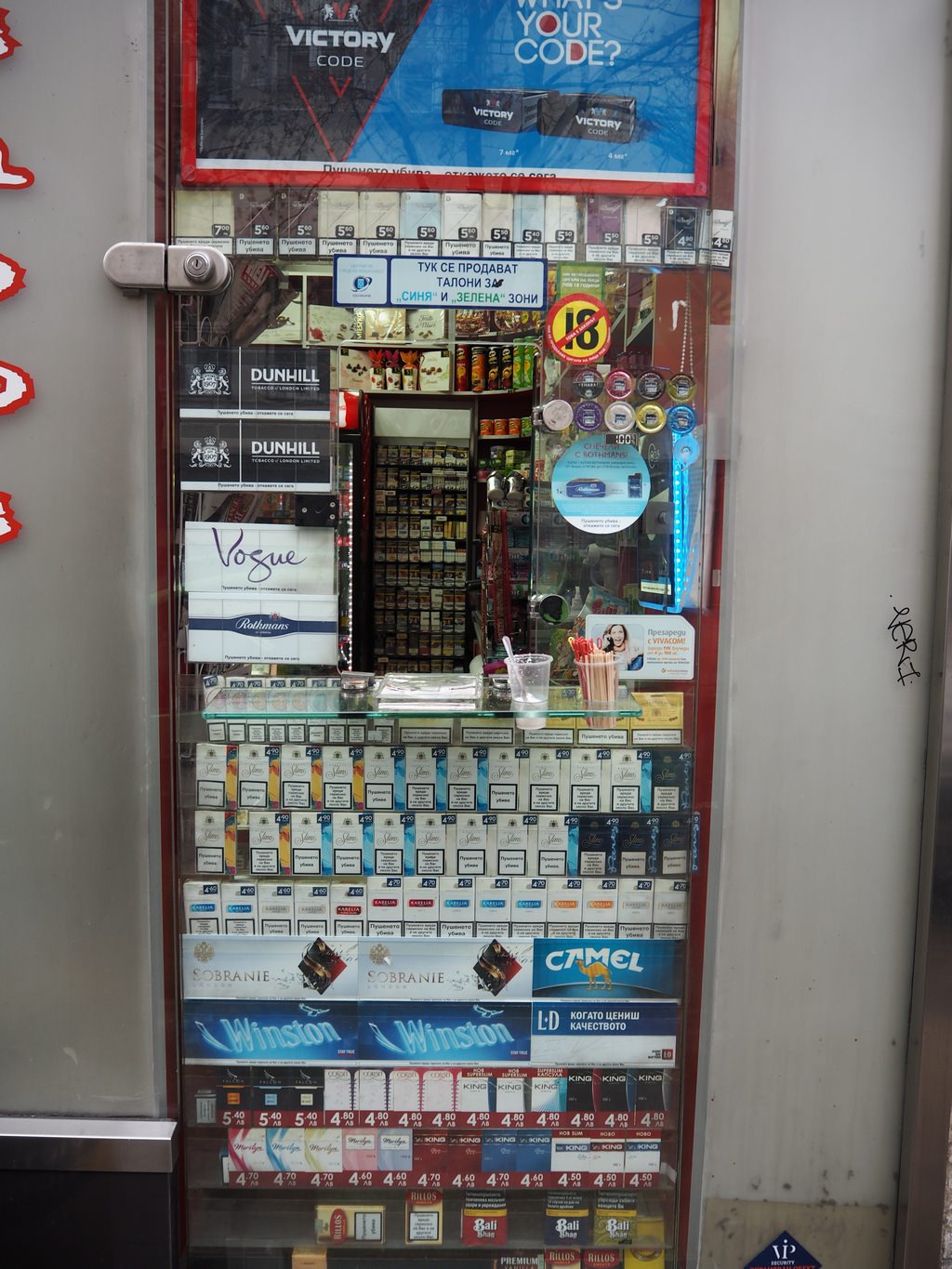 Well, have you seen anything like this before? Next to many traffic lights in Sofia there are strange wooden houses that can only be reached by stairs. A waiter in the Lubimoto restaurant explains to us: in particularly heavy traffic or during special events when the city is very crowded, security officers can switch the traffic lights manually from up there. For example, all traffic lights can be set to red manually if the police or heads of state have to drive past normal traffic in exceptional situations. 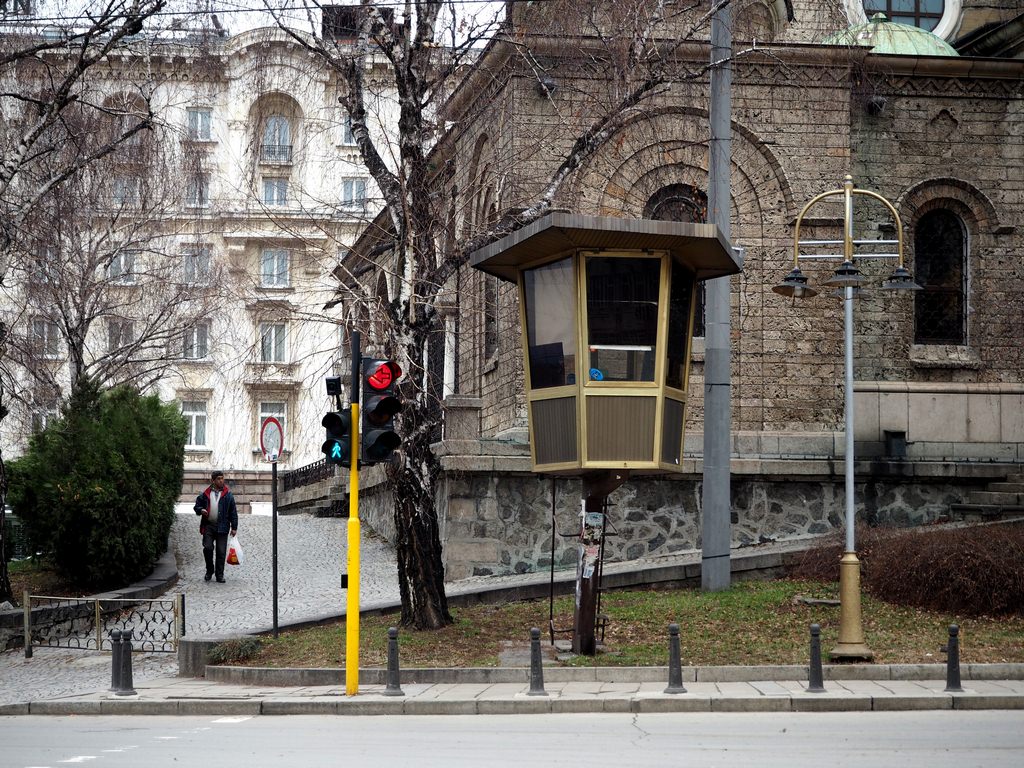 Conclusion - a weekend in Sofia

Sofia is particularly suitable for a weekend trip. Many sights are close together and can therefore be easily explored on foot. The Bulgarian capital is interesting, modern, steeped in history and certainly something for the culinary enthusiast. What's more, it can be reached quickly and cheaply from Germany - so nothing should stand in the way of your stay in Sofia! 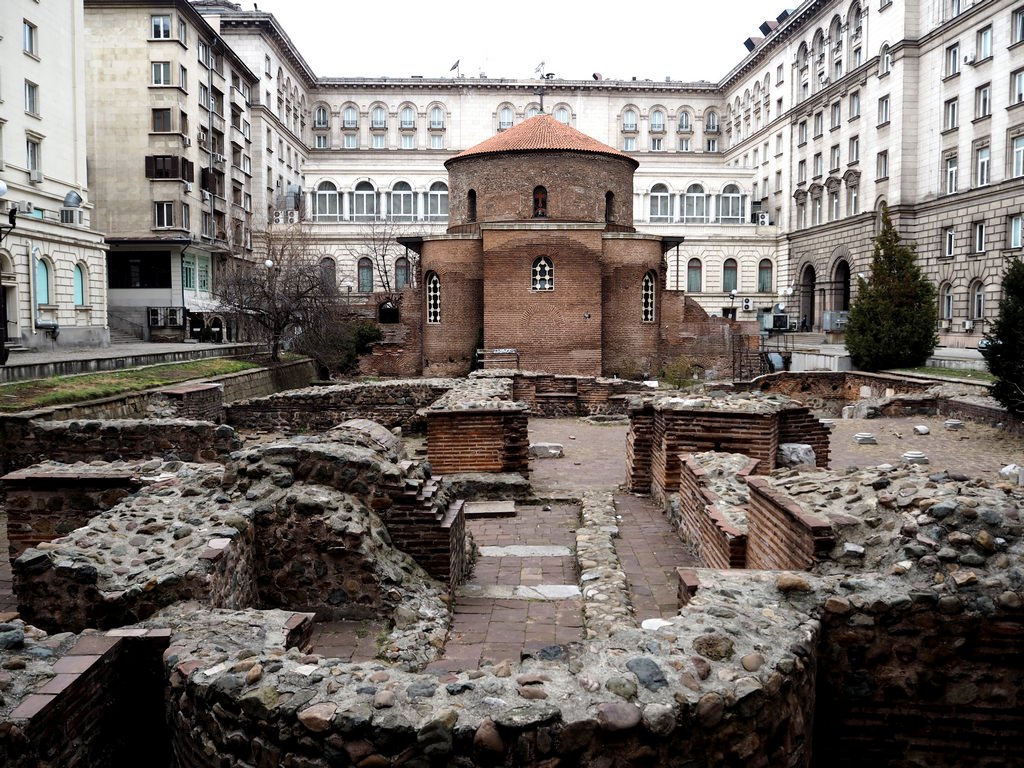