Is Heisenberg's principle of uncertainty a postulate

90 years of Heisenberg's uncertainty principle: quanta in the fog

It was winter in Copenhagen. The quantum physics dream team - Niels Bohr and Werner Heisenberg - had once again pored over the new, revolutionary theory of quantum physics for days and nights. But the ingenious scientists literally poked into the fog: They tried to calculate the traces of particles in cloud chambers with the help of quantum mechanics. In such chambers - forerunners of the giant detectors in modern particle accelerators - electrons, like tiny airplanes, leave behind a kind of contrail that makes their path visible.

Heisenberg visited Bohr in Copenhagen in the winter of 1926/27, as so often, to discuss this and other problems. He lodged modestly in an attic of the Copenhagen Institute. But no matter how the two scientist friends approached the problem, it resisted any sensible solution. Quantum physics was still in the birth stage; it had proven itself, for example in calculating the energy states in atoms and in similar questions. However, it was by no means clear whether it was already a theory that could generally be applied to the conditions in the microcosm. And even with a process as simple as electrons flying through the dilute gas in a cloud chamber, the theory seemed to fall apart. 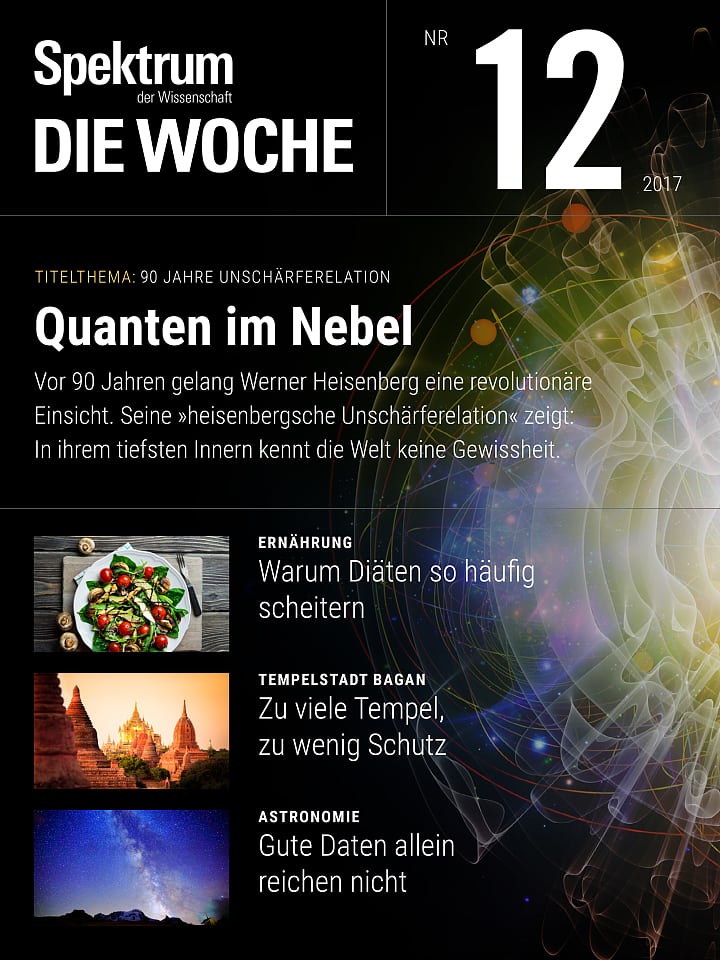 "The road to quantum mechanics was very rocky for everyone involved," says the science historian Ernst Peter Fischer. "Bohr and Heisenberg in particular struggled intensively to understand the mathematical formulas, which describe completely different relationships than all other known physical laws."

It was well known how the traces in such cloud chambers came about: the gas inside is just on the verge of condensation; If a fast particle passes through the mist, it leaves behind condensation nuclei on which small, easily visible water droplets develop. It was the shape of the paths that puzzled them.

The seemingly endless and inconclusive discussions had frustrated and debilitated both researchers. Bohr said goodbye to the skiing holiday to relax a little - while Heisenberg brooded on. Shortly afterwards, on a nocturnal walk in Fælled Park behind the Copenhagen Institute, Heisenberg came up with the decisive idea. And perhaps the shadowy lights that shone through the Copenhagen winter fog brought Heisenberg the necessary inspiration: What you see in the cloud chamber are not the exact positions of the electrons, but rather huge droplets that are only vague about the position of the particles Provide with information.

So what if the tracks in the cloud chamber are not exact paths, as one would expect according to classical physics? What if they only give approximate whereabouts?