There is South Park Colorado 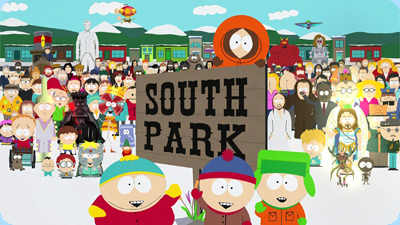 "South Park" is an award-winning US animated series, which has had a proud 21 seasons so far, and which is produced by the broadcaster Comedy Central. The current contracts run until at least season 23. Despite the rather childish cardboard look, it is aimed at an adult audience, because humor and language are often not suitable for families, but very subtle. South Park is primarily satire, targeting both current political issues and pop culture. From season 19, the episodes of a season form a coherent narrative thread, which is why it is no longer advisable to start in the middle from this point on.

A few years ago, film students Trey Parker and Matt Stone made a cardboard cutout short film that quickly spread in Hollywood. They got offers from TV stations and their first thought was to produce a full series about Mr. Hankey's Christmas poop. Fortunately, they changed their minds, moved four elementary school students to the center of the plot and so South Park was born. Named after an area in Colorado where the two grew up. For the then still small TV station Comedy Central, the project was a stroke of luck, because a solid fan base quickly formed around the new show, and the Internet in particular made a significant contribution to making it known. While the first episode was created by hand with cardboard figures, a team of 3D specialists is now working on the episodes - they are created entirely on the PC. Trey Parker and Matt Stone are still responsible for the content of each episode, writing the songs and speaking most of the characters themselves. Famous guest speakers appeared initially, but mostly only spoke small roles. The production time of less than a week is now typical for South Park, at least that is the case for most of the episodes. This is the only way they can include current events, which is very unusual for a cartoon series.

The main characters are the four normal, depraved elementary school students Cartman (a disrespectful, mean fat man), Stan (the normal guy in the group who used to throw up when a girl got too close), Kyle (Jewish faith and often a good conscience) and Kenny (poor as a beggar and doomed to die often). Actually, they have to struggle with the same problems as other children, only that their hometown South Park is always a bit weirder than elsewhere. Murderous monsters, crazy scientists, Hollywood stars and of course their over-concerned parents make life difficult for them.
Of course, the series evolved over the years. While stories about the small town and school were the main topic, especially in the first seasons, that changed more and more often later. More elaborate animations also made "big" stories possible, such as the Imaginationland trilogy, in which children find themselves in a colorful fantasy realm. The quieter "Old School" episodes still enjoy a good reputation among fans because they focus more on the characters. Changes were also evident in the main characters: Kenny faded more and more into the background, and the running gag about his weekly death was abolished. Instead, the shy Butters blossomed into a fifth main character from season 6, who became very popular with fans. And Stan's father Randy also often plays the leading role. 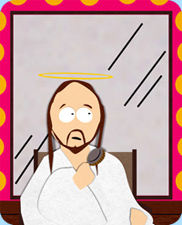 From the beginning, the series kept making headlines. Whether it be religious groups, politicians, child abuse or the Holocaust - South Park is nothing sacred and the black humor makes up a large part of the appeal. You can only love or hate the cult series, that was already clear in the first season, when Trey Parker and Matt Stone didn't care that much about the really earth-shattering topics.
It started when parents got upset about elementary school students cursing. In Germany this was taken up more loosely, but allusions to the Nazi era were strictly censored here. More serious protests came later mainly because of religious issues, e.g. on the part of the Catholic Church because of the episode "Bloody Mary". A scene with Mohammed, which was incorporated as an allusion to the cartoon dispute, had to be censored because Comedy Central feared violent reactions after threats from radical Islamists. I have written a detailed report on this here. The Scientology sect was also unhappy that South Park was one of the few shows that dared to make a fool of it - Tom Cruise scolded and Issac Hayes (chef's spokesman) even quit because of it after what appeared to be heavy pressure from Scientology had been.
This shows that the creators of South Parks mean it when they say that you can't make any distinctions about who you're kidding. And if nothing is sacred to you, then it can't be your own fans either. This was shown very nicely at the beginning of the second season, when Trey Parker and Matt Stone canceled the long-awaited second part of a double episode in favor of an April Fool's Day. And in season 5, they simply divorced one of the most popular main characters, Kenny, from the series for a season. Other characters also had to bless the temporal, which is rather unusual in cartoons. The ironically very popular weeping towel, Towelie, was designed just to make fun of how easy it is to call fans a goofy character "cool".
Politically, South Park can be classified as "liberal", but Trey Parker and Matt Stone try not to be pigeonholed. So it happens that in one episode one political direction gets its weight and in the next another, depending on the topic. Anyone who does not see the series as a complete work can therefore easily be confused. 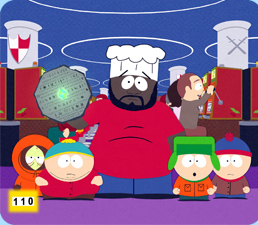 Unfortunately, South Park was neglected here at the beginning. Apart from a few really good speakers, the synchro of the first seasons totally failed and the series bobbed around at constantly changing times in the RTL post-program. Despite the late hour, attempts were made to address young people by adding swear words, which gave the series, which was in itself intelligent, a completely wrong image. After several years Viacom (MTV / Comedy Central) then took over South Park in Germany and tried to stay closer to the original when translating - which has been a positive thing since season 8. Still, "South Park" doesn't have as good a reputation in Germany as it does in the United States, where the series is very popular with most television critics. The fan base here is smaller and still struggles with more prejudices.
At the end of the 90s there were a number of good German fan sites, but unfortunately only the Planearium has remained on the larger sites. Once very active South Park communities died a slow death due to Facebook in particular. There is a little more choice on the American side, and fan projects have always been very well received by the creators of the series. Others don't take it easy, which certainly helped make South Park so popular on the web.

In addition to the series, there was a movie that was even nominated for an Oscar for its musical-like soundtrack and was generally received very positively. In addition, some music CDs were produced years ago, there are video games and many other merchandise. After a few rather poor video games, the role-playing game South Park: The Stick of Truth received very good reviews in 2014. If you just want to get the South Park episodes home, you can of course do so on DVD, but since 2008 you can even watch them for free and legally on the Internet. But only on the official website, everything else is illegal! This commendable step was taken to prevent pirated copies. The episodes are now available online for free just a few hours after the TV premiere.
South Park has won the coveted Emmy Award for best animated series several times after being repeatedly beaten by the Simpsons for years. These two series have to put up with comparisons again and again, as they are both very successful and have a lot of fans who think you have to choose one. The "competition" of the two was always characterized by mutual respect, even if South Park had already taken the Simpsons as the topic for an episode and the Simpsons could not resist a swipe at South Park. You like yourself. It's different with Family Guy, Trey Parker and Matt Stone don't have much left for this series.

There is currently no end in sight to South Park. Of course, there are fans who think the first few episodes were the best. Others prefer the middle seasons. But many even feel that the series increases from season to season. So it should only end when Trey Parker and Matt Stone don't feel like it anymore. Until then, we should be pleased that there is something for every taste among the well over 200 South Park episodes that have been produced so far.

DANGER ! Respect the work of others and do not disregard copyright!
As with all Planearium.de texts, copying to other websites is not permitted.
You are welcome to link here or contact me if you have any questions (Janina Himmen).