What do Swiss Italians think of Italians

Xenophobia in Switzerland - "Forbidden for dogs and Italians"

It is a warm Friday evening in August 1969. Michele and Luigi worked again today under the scorching sun on the construction site for poor wages and collected overtime. They will send part of their wages to their parents in southern Italy.

They returned to their barracks after work, washed themselves with cold water in the shared bathroom - because hot water is too expensive - ate some bread with sausage and put on their best and only suit.

Then they run into town to save the money on the bus and to have a glass of wine in a pub. And who knows, maybe also to make new acquaintances or even to get to know a woman.

When they arrive in front of the restaurant, a board blocks the entrance. The words “Forbidden for dogs and Italians” make it unmistakably clear that they have no business in the restaurant. "Che porcheria, ci trattano come cani!" Says Michele indignantly - it is a mess that they are treated like dogs.

You dare anyway and enter. As soon as they are inside, they are looked at with crooked eyes. Some stocky men angrily approach them and to avert the worst, the landlord appears and yells at them: “Ford with eu! I don't care! "

With broken pride, angry and sad, the two make their way back to their barracks in silence. "Non ci possono vedere, vogliono solo che lavoriamo come le bestie," says Michele sadly after a while - you can't stand them, they should just work like animals. Luigi adds with concern: “Sono tutti con Schwarzenbach” - they all follow Schwarzenbach.

As a little boy, at family dinners on Sundays, I heard my uncles and aunts tell such stories about the time of the Schwarzenbach Initiative. Two words in particular have stayed with me: Schwarzenbach and "Cinkali". 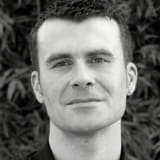 Angelo Maiolino, born 1976 in Winterthur, studied history, philosophy and political science in Zurich and Perugia. Research focus: political theories, cultural theories and history of migration. He did his dissertation on "Political Culture in Times of Neoliberalism". Angelo Maiolino lives in Zurich.

I understood from the conversations between the adults that Schwarzenbach was a notorious figure, but I still didn't know what "Cinkali" meant. When I asked my mother about it, she told me that it was an ugly word for us Italians.

That in the eyes of the Swiss we are thieving, dirty, lazy and without manners. I didn't think we were like that and yet a few years later I too was confronted with the term “Tschingg”.

In primary school, the term "Tschingg" was part of everyday life. The Swiss children called us that and before the summer vacation they asked us with cheeky laughter whether we would go back to the «Tschinggei».

We Italian and foreign children also had names for the local children. Nevertheless, the feeling of inferiority persisted and was expressed in school grades, in the poor language and in the things that the Swiss children exchanged with the teachers, alien to us, for granted.

So we knew nothing about hiking holidays, let alone skiing holidays, which the teachers raved about with the local children. For our parents, mountains were synonymous with work.

Most of them were underpaid farmers from the mountains of southern Italy, Anatolia or the Balkans, living in misery, before they emigrated to Switzerland. On vacation you went to your grandparents or, at best, to the sea, but certainly not to the mountains.

Sport as a symbolic reparation

In order to make up for our perceived inferiority, we spent ourselves playing football during breaks in class or in gymnastics lessons. The teams were nationally separated - Swiss children against foreign children.

For many Swiss children we were all “Tschinggen”, although Turkish, ex-Yugoslav or Spanish children also played on our team. It had to do with the fact that we foreign children all somehow spoke Italian to one another.

Since the Italian children were in the majority, other foreign children also adopted our language. It became, so to speak, our “lingua franca”. In other ways, too, sport offered an opportunity to make amends. When Italy became world champions in 1982, it filled us with pride and confidence and made us feel at eye level with the local children.

The same thing happened with Alberto Tomba's skiing successes - even though none of us could ski. Our country was able to do something after all and was not this primitive "Tschinggei", as the local children disparagingly suggested to us and suggested by a few teachers.

The everyday racism that Michele and Luigi encountered on a board in front of a pub in 1969, or that was later expressed in the everyday pronouncement of the term "Tschingg", had other faces as well. The obvious discrimination of a minority by a majority was also evident in the mundane activity of shopping.

The request for thin slices of ham from the butcher could provoke unexpected xenophobic reactions, which found expression in the answer that one should go back to Italy if one does not like how the ham is cut in Switzerland.

In the 1960s, discrimination also took place on other levels. In addition to everyday and public abuse, there was also political and institutional discrimination. For many immigrant workers, the seasonal statute remained an omen of insecurity, underpaid and exploitation.

Due to the strong economic growth after the Second World War, the demand for labor increased in Switzerland. These were mainly recruited from Italy. With the law on “Residence and Settlement of Foreigners” of 1931, the seasonal statute was created. It was considered very restrictive: seasonal workers should only be allowed to work in Switzerland for a short time and later return to their country of origin.

They should serve the Swiss economy as an "economic buffer": If the demand for workers fell, one could simply stop the admissions for seasonal workers. It was a policy that aimed at employment, but not the social integration of seasonal workers.

Later, Switzerland concluded a migration agreement with Italy, which somewhat improved the situation of seasonal workers. The seasonal statute was only abolished in 2002 with the free movement of people between Switzerland and the EU.

The seasonal workers were only allowed to stay in the country for the nine months specified in the employment contract, they were not allowed to bring any families and hope for the goodwill of their employer - with which they were delivered to him - that he would renew the contract next year.

In view of the misery that awaited these people in Italy, they had no choice but to come to Switzerland for another season in the worst working and living conditions.

Anyone who received an annual residence permit after a few years and found an apartment that was “appropriate” for the authorities with a good-natured landlord was allowed to join his wife, provided she could show an employment contract.

However, the children had to stay with the “nonni” in their country of origin. Many parents could not stand the temporal and spatial distance to their children, and still took them to Switzerland, where these children had to eke out a hidden existence.

Specifically, this meant that mother and father went to work early in the morning while the child stayed at home alone. It was not allowed to leave the often narrow apartment, but above all it was not allowed to make any noise because the neighbors would otherwise hear it and thus run the risk of being denounced to the immigration police and deported. The only things these children were left with were reading, sleeping, and loneliness.

Literature on the subject

In 1971 the newspaper “Tribune de Lausanne” reported that between 10,000 and 15,000 clandestine children lived in Switzerland. Many of these children experienced emotional trauma because they - whether they stayed with their parents in Switzerland or with the "nonni" in their country of origin - grew up in a disturbed family situation and were alienated from their parents.

An aristocrat in the service of xenophobia

In this mood, heated by distrust of the Italian workforce, James Schwarzenbach, the undisputed political star of the time and offspring of one of the richest families in Switzerland, took advantage of the moment and heightened the unease of the population to a question about the better or worse of Switzerland to.

His public appearances, newspaper articles and books confirmed the common prejudices and resentments that had been building against the Italians for some time.

In the eyes of the Schwarzenbach supporters, the strangers from the south overcrowded and polluted the streets, squares and train station halls, bewitched their daughters and wives, contested the job of the industrious Swiss and conspired as dangerous communists against the country they are supposedly so joyful had received.

For James Schwarzenbach, who was an ardent admirer of Benito Mussolini and Italian culture before his candidacy for the small right-wing extremist party “National Action Against the Immigration of People and Homeland”, the “brown sons of the south” represented an “alien plant”, that would threaten Swiss culture and character.

Schwarzenbach launched an initiative in which he demanded that the proportion of foreigners be set at ten percent. Although the initiative was rejected on June 7, 1970 by almost 54 percent of the Swiss men who voted, it represented a moral victory for Schwarzenbach and exposed the xenophobic foundation on which Swiss society stood. Other parties would benefit from this in the following decades.

By the time we foreign children tried to imitate the football tricks of the Italian star striker Paolo Rossi in the playground, hundreds of thousands of Italian migrants had already been sent back to their country of origin.

Angelo Maiolino: "When the Italians were still Tschinggen: the resistance against the Schwarzenbach initiative." Rotpunkt, 2011.

The 1973 oil crisis caused a severe economic recession in Switzerland as well. The effects on the labor market were felt primarily by foreign workers.

For many, the seasonal contracts were simply no longer renewed, so that unemployment in Switzerland was elegantly exported abroad and, above all, to Italy. The xenophobia did not decrease as a result.

The Federal Migration Commission EKM has launched a podcast series for its 50th anniversary: ​​In “We are here”, link opens in a new window, those affected and historians discuss the last 50 years of Swiss migration history.

In the following decades it was no longer the Italians who were seen as a threat to Swiss society, economy and identity, but also other foreign groups. After the Italians, Turks, Tamils, Kosovars and Eritreans were pushed into the role of scapegoats.

When we foreign children grew up and in 2006 celebrated the German summer fairy tale with Italy's football world championship title, we were no longer “Tschinggen”, but “Secondos”. Yes, we were even considered parade foreigners who are now happy to be naturalized and who are seen as the bearers of a now valued Italian culture.

We have become a social matter of course, just as it goes without saying that more mozzarella is eaten in Switzerland than Emmentaler, and that Zurich or Bern exude a Mediterranean flair on summer evenings. Switzerland has "Mediterraneanized".

On the one hand, Swiss society is multicultural and tolerant. She consumes exotic dishes in the formerly run-down and now polished working-class neighborhoods and believes she can feel the breath of the big wide world.

On the other hand, Schwarzenbach's tactics and strategies are reused in the political arena and in votes with a public effect.

Today xenophobia is directed against others: It doesn't matter whether their name is Michele, Luigi, Zlatko, Adelina or Fatima. The roles have stayed the same, only the actors have changed.