Pigment spots - where they come from and how they go away 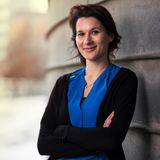 by Carolin Banser
Pigment spots are mostly harmless, but many people find them unsightly and annoying. Read here how to recognize pigment spots, which triggers are possible and what options there are to remove pigment spots

Nobody has flawless skin. Because whether young or old, pigmented changes in the skin can be found in almost every one of us. In fact, it is estimated that 90 percent of Germans are affected by pigment spots. Particularly when the skin irregularities appear on the face, they are perceived by some people as annoying cosmetic blemishes. But what exactly are pigment spots, how do they arise and can they also disappear again? GALA has the answers.

What are pigment spots?

Pigment spots are discolorations of the skin that can be symmetrical, asymmetrical, small, large, brownish, reddish or yellowish and appear on different parts of the body. Doctors also speak of hyperpigmentation.

What types of pigment spots are there?

The term pigment spots is a very general term for skin changes in the most varied of variations, shapes and colors. The main types of pigment spots include:

These pigment spots are loved by most of the people: freckles. The tiny, reddish or yellowish dots give every skin a certain charm. They are particularly prominent in summer, and mostly fade in winter. They are not dangerous.

Is a pigment spot dangerous?

It behaves differently with other forms of pigment spots. Most pigment spots are benign. However, it is not excluded that some skin cancer can develop. Therefore, one should always watch the dark spots carefully. The so-called ABCDE rule is particularly helpful when assessing pigment spots. Each letter stands for a certain property that a skin change can have:

If you notice that a pigment spot has changed or appears worrying to you, that is an alarm signal and you should definitely have the cause examined by a doctor.

Why do pigment spots appear?

The skin changes appear when certain skin cells - so-called melanocytes - increasingly release the body's own skin pigment, melanin. Melanin is a pigment that gives skin, hair, and eyes their actual color. Pigment spots become visible in places where excessive melanin is formed. Various factors can promote an overproduction of melanin, such as hormonal influences, injuries to the skin, aging processes, diseases (gastrointestinal diseases, metabolic disorders, autoimmune diseases) and medication. The most important cause of pigmentation marks is sunlight.

UV rays stimulate melatonin production. The pigment gets into the surrounding skin cells and lies there over the cell nucleus, protecting it from harmful sun rays. The protection is noticeable in the form of pigment spots and shows that the skin is no longer healthy, but is rather damaged. The more often and more intensely we are exposed to the sun, the darker the stains can become.

Pigment spots can be congenital or develop over a lifetime. Due to the sun's rays, pigment spots increase, especially in summer. However, if the discoloration suddenly appears, and the pigment spots change in shape and grow, a visit to the dermatologist is advisable.

Some pigment spots disappear on their own at some point, others can only be removed with the right treatment.

Which cream for pigment spots on the face?

Creams offer a skin-friendly way to get rid of pigmentation disorders. A so-called brightening cream can help with pigment spots on the face. The active ingredients it contains can lighten pigment spots by inhibiting the production of melanin. However, the skin changes cannot be completely removed with a cream.

Getting rid of pigment spots: an overview of other treatment methods

Nevertheless, nobody has to put up with their pigment spots. There are now various lightening procedures that achieve an optimal result. A combination of several methods is often useful to remove pigment spots. The doctor and beautician will determine which therapies are suitable depending on the skin type.

The most effective and fastest way to remove pigment spots is treatment with a laser. It often leads to the desired success after just one session. The laser beam destroys the deposits of melanin, the pigment that is responsible for the brown spots. A pigment laser is almost painless. The cost per session is 400 euros and 750 euros per session.

The removal of pigment spots with so-called gold threads is particularly effective. In this procedure, gold-coated polylactic acid threads are placed under the dark patches of skin. Hyperpigmentation is lightened in this way. After about eight months, the gold threads are broken down again. The lightening effect can last up to three years. Cost: from 1,500 euros upwards.

With the so-called TCA peeling, trichloroacetic acid penetrates the skin, which causes the skin to peel off superficially. Up to four sessions are necessary for a perfect result. The costs can be between 150 euros and 500 euros.

A more painful variant for removing pigment spots is micro-needling. Fine needles - attached to a Dermaroller or Dermapen - penetrate the top layer of skin. The tiny skin injuries stimulate wound healing and the formation of new skin cells and at the same time promote the production of collagen and hyaluronic acid. Usually two to five sessions are necessary. There are costs of around 190 euros per session.

The best protection against pigment spots is to avoid intense sunlight. It's not easy to do. This makes it all the more important to use sun protection with the correct sun protection factor (SPF). Doctors recommend at least SPF 50.

It may also be advisable to stop taking the pill and switch to another contraceptive or avoid certain medications. Ask your doctor or pharmacist.

In the long term, creams with active ingredients that suppress pigment formation can protect against pigment spots. They should be applied daily and permanently all year round.

This article is for general guidance only and is not intended to be used for self-diagnosis or self-treatment. It cannot replace a visit to the doctor, which is why we urgently recommend that you consult a specialist. Your GALA.de team wishes you a speedy recovery.