Can sociopathy be passed down genetically

It is assumed that aggressive behavior is determined by a very complex interaction between genetic makeup and environmental conditions. This interaction can be viewed under five aspects:

In addition to these five directly effective factors, there are also historical influences:

These influencing factors determine the image of aggression as an extremely complex structure. In some animal species, for example, the genetic predisposition to aggression could be demonstrated experimentally, for example, by crossing attempts of peaceful cricket larvae with the larvae of aggressive crickets, resulting in corresponding inheritance patterns. But there are also differences in genetic aggression: while one species is actively attacking, another is chasing away the opponent. If individuals of a species showing particularly weak and particularly strong aggressive behavior are crossed with one another, significant differences in aggressive behavior become apparent after three to four generations. Interestingly, the selection for high aggression in males showed no change in the behavior of the females, so that sex hormones also have an influence on the aggressive behavior. Environmental influences such as scarce resources or reduced territories also moderate genetic factors. If you keep a lot of rats in a small space, the animals behave extremely aggressively; weaker animals are killed and eaten. However, if primates are exposed to the same conditions, they do not show any behavior that can be compared with that of rats. They evade each other and often show submissive behavior towards stronger animals in order to prevent or alleviate social tensions.

The Tendency to aggression but is at least partially passed on from generation to generation, although it is always open whether through role model, upbringing or heredity. Martin Teicher (Harvard Medical School) reported in Scientific American (No. 3, 2002) on studies that showed that the hippocampus and amygdala are smaller in people who were abused or abused in childhood. Apparently, severe stress in childhood changes the molecular organization of these brain regions, such as the structure of the receptors for the neurotransmitter gamma-amino-butyric acid.

Like most character traits, aggressiveness is also hereditary to a considerable extent (around 50%), although the press also spoke of a "gene for aggressiveness". The first relevant work described eight men from a large Dutch family, all of whom were prone to unusual attacks of aggression, which, according to the authors, manifested themselves in arson and exhibitionism, among other things. In all of these men, a gene that codes for the enzyme monoamine oxidase A (MAOA) is completely inactive. Such enzymes break down monoamines, among which are neurotransmitters like dopamine and serotonin. If these are not broken down after they have transmitted their message from one nerve cell to the next, this affects the conduction of stimuli. It is known from other studies that the serotonin concentration in the brain influences aggressiveness and impulsiveness. At least 15 genes have been identified in mice that are said to have something to do with aggressiveness, including a gene for NO synthase, an enzyme that produces the versatile neurotransmitter NO. Conclusions about corresponding genes in humans are problematic, however, because the brain structure of mice and other mammals differs significantly and our society and culture are also much more complex.

But now a piece of work (Science, 297, p. 851) combines the influences of the environment and heredity. A group led by Terry Moffitt (King's College London) showed that those male subjects who had been badly treated in their childhood were on average more likely to show antisocial behavior than a control group. The expression of the MAOA gene was also examined, which showed that the inactive expression of the gene could not be detected, but a more and a less active variant was found. The less active MAOA variant seems to significantly amplify the effects of the bad childhood experiences. Of the men who were abused or severely neglected in their childhood, those with the less active MAOA variant showed behavioral disorders twice as often in adolescence as those with the more active gene version. The connection is even clearer in the case of violent crimes such as robbery or rape. In contrast, the gene expression alone - without childhood trauma - has no statistically determinable influence. This means that only an environmental factor ("stressor") allows a genetic factor to take effect. The fact that MAOA activity is particularly effective in childhood could be due to the fact that a second, similar gene (MAOB) only becomes active later in life.

Why was the analysis limited to men? First, because the MAOA gene is on the X chromosome and is therefore only available in single copies in men, which makes it easier to interpret. In women who have two X chromosomes, the effects of a less active MAOA variant are usually mitigated by the second edition of the gene on the second X chromosome. Second, because one has more experience in describing and defining anti-social aggressive behavior in men than in women. After all, as US geneticist Greg Carey noted, "the strongest genetic marker of violence is still the presence of a Y chromosome". 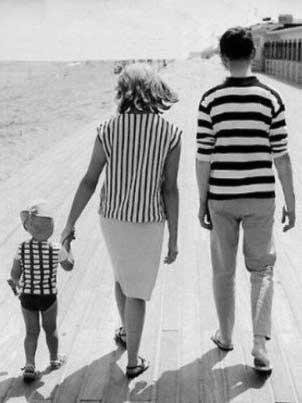 The gene that contains the building instructions for the enzyme monoamino oxidase A (MAOA) is also one of the Risk factors for panic disorderThere is a variant of this gene that ensures increased MAO activity, which favors the disease. A study with 369 panic patients showed that the risk gene not only causes more severe anxiety symptoms, but also reduces the success of behavior therapy, because the patients with the risk variant became less accustomed to the standardized therapy the fearful situation while the other patients learned to deal with it better. Another difference related to the activation in a certain brain region in fearful situations, from which it can be concluded that the behavioral therapy leads to different brain activation patterns in the two patient groups. The results of the study show for the first time that genetic information can be helpful in offering individually tailored psychotherapies.

In 1848 an iron rod pierced the skull of Phineas Gage in an explosion, who survived the accident, but afterwards tried to fight at every opportunity. The reason for this behavior was probably the damage in the forebrain that the iron rod had inflicted on him, because this area of ​​the brain contains psychological functions such as empathy and impulse control. Children born with a defective forebrain are largely unable to learn the simplest rules of argument. With the help of imaging procedures (magnetic resonance imaging, positron emission tomography) sociopaths (people who are repeatedly conspicuous when dealing with others) were examined, and it was found that the forebrain was not as active as in healthy control persons. In addition, another area of ​​their brain called the almond kernel failed completely. It is believed that because of the way their brain works, a sociopath is unable to weigh the consequences of their actions.
See

Morality is in the forebrain

The sertonin level plays a role in the control of aggression, although it is reduced in the case of aggressive behavior. According to studies by Berend Olivier (University of Utrecht) there are mechanisms in the brains of humans and animals that control aggression, although this control of aggression occurs genetic prerequisites is based, but upbringing also plays an essential role in coping with aggression. The serotonin system is less active in very aggressive people than in normal people. Pharmacologists bred mice in which certain receptors in the brain had been switched off and part of the serotonin system had been disabled. As a result, these animals were no longer able to suppress their aggressions.

It is known that hunger makes us more aggressive and makes us feel more angry, and also that certain gene variants influence the release of neurotransmitters and thus promote aggression and weaken impulse control. Coccaro et al. (2016) have shown in a study of people who often have barely controllable fits of anger (irascibility) that the Structure of the brain plays a role in the development of aggression, with pathological irascibility being controlled by areas in the fronto-limbic part of the brain. In the irascible, the volume of some areas in the prefrontal cortex or the amygdala is significantly smaller than in comparison groups, whereby the stronger the outbursts of aggression were, the more the gray matter was reduced in those areas that are considered to be the control centers for feelings. The tendency towards aggressive behavior in some people may therefore be related to the anatomy of the regions in the brain that control their emotions and may have less to do with their personality.