The wages would increase after Brexit

Brexit, migration and the minimum income: British business leaders are pushing for easing

British business leaders have called on Boris Johnson's government to relax the planned rules for post-Brexit migration - particularly with regard to the proposed minimum income that migrants must show in order to live and work in the country.

After the official exit from the EU at the end of this week and the promise to restrict freedom of movement as a result, the British government wants to focus primarily on bringing "highly qualified" workers to the UK, on ​​the basis of the "points system" used by Australia .

A recommendation by the Independent Advisory Committee on Migration was adopted to introduce a minimum annual salary of £ 30,000 for “qualified migrants” applying for a five-year visa.

However, a survey by the Federation of Small Businesses (FSB) published last Friday found that 35 percent of small businesses in the UK employ people classified as "highly skilled" but receive salaries of less than £ 30,000 in their jobs. Over 80 percent of these companies said that they simply could not afford to raise salaries in order to meet the planned minimum limit.

Fifty-eight percent of the companies surveyed also said that the income threshold should be lowered in cases where workers who are already employed in the UK have difficulty finding new jobs.

"As small business overheads rise - not least due to rising corporate taxes, utility bills and more extensive staffing costs - the £ 30,000 threshold threatens to seriously disrupt the labor market, which is already affected by a shortage of skilled workers and limited vacancies is. The first reaction of small business owners to rising wages and salaries is generally to cut their own wages and salaries - but they can only cut them to a limited extent, ”said FSB chairman Mike Cherry.

"This potentially inflexible [income threshold] will leave those in need of international talent deeply concerned about the future," he added.

Meanwhile, a similar message was formulated in a letter published on Friday from the chairmen of more than 30 business associations to Interior Minister Priti Patel, also calling on the government to be more flexible. 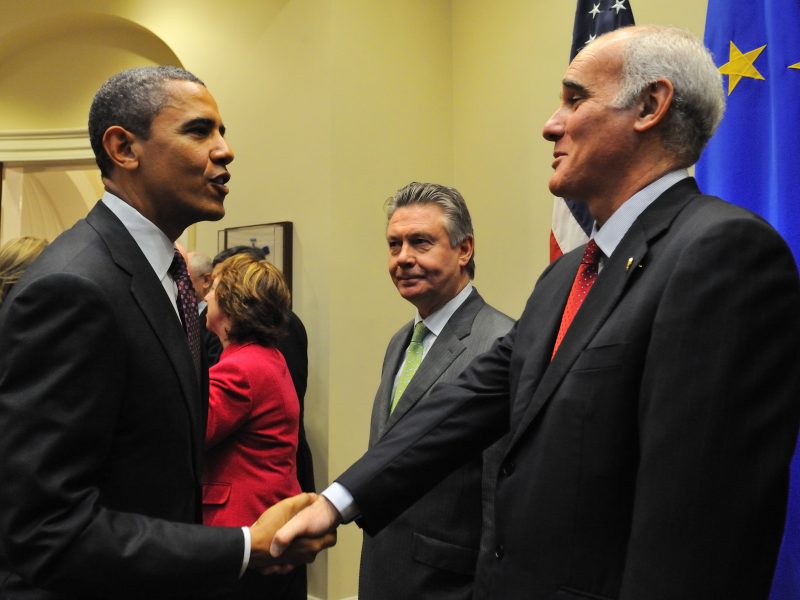 João Vale de Almeida, one of the most experienced EU foreign policy officials, will oversee relations between London and Brussels and the implementation of the Withdrawal Agreement after January 31st.

The income threshold has been heavily criticized in a number of economic sectors. The amount of £ 30,000 is well above the average wage in the UK and, for example, higher than the salary for newly trained nurses, teachers and young doctors.

In addition to lowering the minimum income, business representatives are also calling for flexibility in the entry of skilled workers into the UK through a points system and a two-year visa regime for high-demand industries.

A corresponding review of the proposals has already been ordered by the previous government and is to be published next week.