The management: Germans and French in comparison

Are you from Germany and work as a manager in France? Then you must have noticed that French executives are confronted with completely different challenges than in Germany, as decision-making processes in neighboring countries are often more differentiated. Why is that?

How do the mindsets differ in terms of Hierarchies in companies from country to country? What specific roles do the German and the french manager? What characterizes both Management styles? This article is designed to help you do both Types of personnel management get to know you better and give you the French work mentality to make it easier to understand.

Analysis of the management in Germany and France

As the German manager a lot Value the opinions and ideas of its employees his style of leadership is very different from his Willingness to compromise embossed. He wants the decisions are supported by the team, so he tries to find compromises within his team.

The team respects their manager for theirs Prudence. A good manager is one Leader, from which one can learn something. The manager, in turn, finds Recognition within the team.

Decisions are made out of necessity reason met and supported by the entire team (we-feeling). So the German manager wears them Responsibility for his teamthat he doesn't want to disappoint. He therefore submits print and want to no mistakes allow. By following the We-feeling and appeals to a (guilty) conscience, he puts pressure on his team. His motivation is boosted by material advantages.

The French management style: strongly influenced by the manager

The French manager, on the other hand, is more likely to act individually and lets be often Team outside. His willingness to compromise is less, since he gives his team the aims mostly pretending directly. This also explains why the French often do not trust each other independent suggestions or ideas bring in: everything must decided on several hierarchical levels become.

The French manager is mainly responsible for his personality respected and recognized. He's more likely to apply pressure Reminders out. He tries his Sympathetic to the team to be respected as a manager. His recognition he draws from the admiration of his team towards him. He usually makes his decisions alone (I-feeling). His motivation is more of emotional factors dependent. Development of the decision-making processes in Germany and France

The role of the German manager: confirm, coordinate and animate

The decision-making process can be described as follows: At a confrontation is ideally advised within the team and a compromise is found together. This is then borne by the manager and respected and adhered to by every team member. The manager takes a kind Mediator role one, stimulates discussion within his team and tries involve every team member in the process. The decision is then based on a common consensus, and everyone feels theirs Part of the result to have contributed.

The role of the French manager: decide, adapt and motivate

Of course, this approach should not be generalized. These conclusions are based on studies and experience reports. The different behaviors can be customized Mindsets related to hierarchy and cultural values lead back.

What do Germans and French think about hierarchy?

The way a team is managed strongly influenced by the cultural background and differs from country to country. 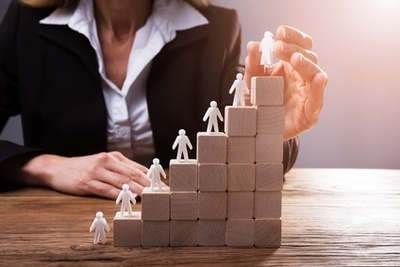 In Germany you can't really get away from it Hierarchy thinking speak as everyone Employee, if Manager or employee, is seen as "approachable" and "normal". As a rule, you can easily approach your boss and talk to him. The goal is harmonious and at eye level to deal with each other.

In France, on the other hand, things often look different. As mentioned earlier, that will Hierarchy thinking from an early age shaped in school. The superior is often labeled as unapproachable and perceived as "different". In French companies there is often Competitive thinking before what the collaboration can complicate.

The Differences in mentality between Germans and French in relation to Human Resources Management and management are now even the subject of their own economics course.