What are the dangers of policing

Danger from the right: police as a threat?

The perpetrator calls himself "SS-Obersturmbannführer". It is a reference to the horrors of German history. Because this rank stood in National Socialist Germany for the organization of the murder of millions of European Jews, for terror, for death. Recently, in 2020, the German cabaret artist Idil Baydar received a death threat, drawn by a self-proclaimed "SS-Obersturmbannführer". Baydar is a successful cabaret artist who dissects everyday racism against immigrants and thus makes millions of Germans laugh and think.

The case is not only worrying, but politically explosive. Because the trail of the perpetrator leads directly to the German police. The threatening letter against Idil Baydar contains personal information retrieved from a police computer in the state of Hesse.

Baydar learned of her spying on the newspaper: "What I find really strange is that not a single policeman calls me. Nobody says: We've got it under control, don't worry, we'll protect you. Me I feel left alone, the police don't seem to care about my threat situation, "she said in an interview with the" tageszeitung "newspaper. 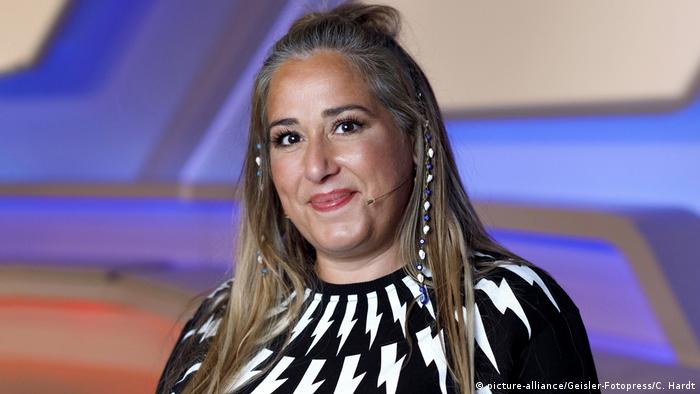 She was targeted by right-wing extremists: the cabaret artist Idil Baydar

Baydar is not the first case: Several politicians on the left have received similar threatening emails since 2018. They too were spied on via Hessian police computers. The public prosecutor's office is now investigating.

Hesse's interior minister, Peter Beuth, is under pressure. He thinks a right network in the police is possible. "I expect the Hessian police to leave no stone unturned to refute this suspicion," Beuth said at a press conference.

The incidents sparked a nationwide debate: is there structural racism among the police? And are there right-wing extremist networks that infiltrate the state? 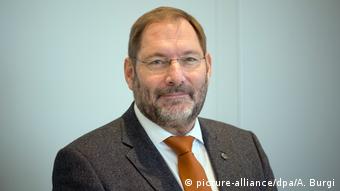 For the police union, GdP, the answer is clear: "We have no structural racism in the German police," said deputy chairman Jörg Radek in an interview with DW. If there are racist or right-wing extremist incidents, then these are individual cases, "and the rule of law must be used to investigate them." Radek and his union have broad political backing for their stance. But not least because of the mass protests in the USA against racist police violence, the pressure on the security authorities is also growing in Germany.

The list of worrying incidents is long. In the largest federal state of North Rhine-Westphalia, 29 police officers have just been suspended for exchanging Hitler photos and violent fantasies for refugees in a right-wing extremist chat group. In northern Germany, a criminal investigator founds a right-wing extremist chat group. They keep so-called "enemy lists" with the names of thousands of politicians, journalists and activists. During searches, the police found rifles, stun grenades and 50,000 rounds of ammunition. According to the man, the group includes many other police officers and soldiers.

There are also swastika graffiti and anti-Islamic slogans in the police academies in Berlin and Brandenburg. In spectacular criminal cases of the past decades, the police have repeatedly attracted attention through unilateral investigations in which the migrant victims themselves were suspected instead of investigating in all directions. 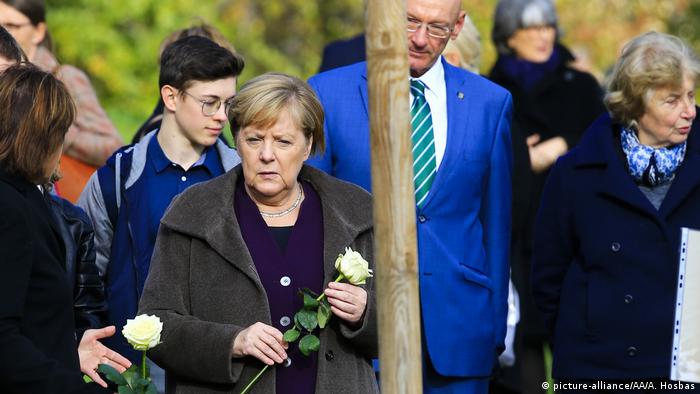 In November 2019, Chancellor Angela Merkel visits the memorial site for the victims of the NSU terror group in Zwickau

The best-known example is the series of murders of the self-proclaimed "National Socialist Underground" (NSU). The right-wing extremist terrorist group killed nine business people with a migration background and one police officer between 2000 and 2007. The responsible security authorities are primarily targeting the victims' families themselves. The killing is not stopped by the police, but by the suicide of two NSU members in 2011.

The failure of the police and secret services leads to numerous parliamentary committees of inquiry. In the end, even conservative politicians speak of a state failure. Politicians and the police vow to get better. Apparently little has changed since then. 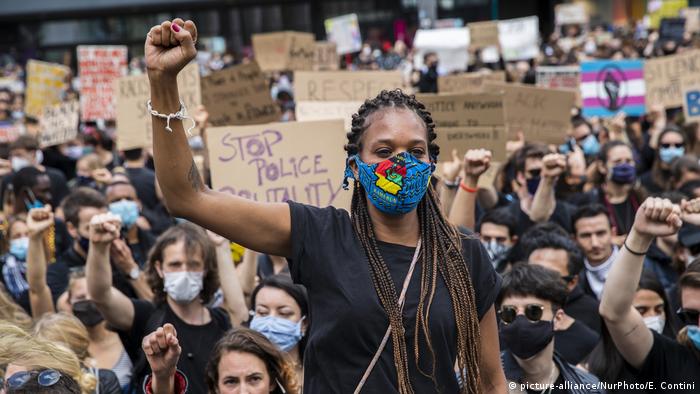 Civil rights groups in Germany have been criticizing for years that everyday discrimination against people of color in Germany is not taken seriously. "Especially when we talk about state institutions: there is still a very narrow understanding of racism", criticizes Tahir Della from the Initiative Schwarze Menschen in Deutschland: "That is, that only those who profess their beliefs are racist. The institutions do not realize that there is an anchored racism. "

There are no studies in Germany

What is missing in Germany are reliable figures on the structure and extent of racist attitudes among the police. Interior Minister Horst Seehofer has just rejected a study on so-called racial profiling, i.e. identity checks based on skin color. Even though the Council of Europe recommended it to the Germans. A mistake, criticized Tahir Della from the initiative Black People in Germany in an interview with DW. "Racist police violence can lead to deaths. That applies to the USA and also to Germany - despite all the differences between the two countries. Failure to shed light on the institutional problems does not lead to improvements."

In a guest article for the news magazine "Spiegel", the police scientist Rafael Behr complains that the German security authorities have dealt with the sensitive issue incorrectly and speaks of the dangerous refusal of the police: "According to my observation, the louder are getting quieter and the unfair ones are louder. They are more daring to say something and to say things that you might have done very secretly in the past. We also notice this during our studies. The comments are becoming bolder, more dominant and also more rigid. "

This coincides with the findings of the domestic secret service in Germany, the Federal Office for the Protection of the Constitution. Interior Minister Seehofer presented the report for 2019 on July 9th. He spoke of a sharp rise in anti-Semitism, right-wing extremism and racism and called right-wing extremism the greatest threat to security in Germany.