Why is self defense training important

Children's self-defense: this sport is the most effective!

Whether on the street, at school or at a sporting event, children are exposed to threatening situations. If children are trained in self-defense, they know how to avoid conflict situations, defuse them or, in an emergency, ward off a physical attack. Different combat schools that offer self-defense for children are suitable for this. However, some are not advisable.

Children's self-defense: what are children taught?

There is not one sport in which children learn everything about self-defense and behave and react correctly in every situation.

But the best is martial arts Brazilian Jiu Jitsu (BJJ) suitable for a children's self-defense. You are wondering why?

The most dangerous situations arise for children when they are too ground to be brought.
Children who train BJJ are specialists in defending themselves on the ground from being hit and strangled. Even if it sounds paradoxical: lying on your back is the optimal starting position for a BJJ child to defend themselves successfully.
Ever longer and more intense Children exercise, the better their chances of breaking free from an attack and seeking help.
It cannot be expected from any (!) Child self-defense course that a child can successfully defend itself after 2 weeks.

body weight and strength are with the BJJ not so important, as in other martial arts. The techniques of this martial art are highly effective as self-defense for children. The techniques of the BJJ mostly attack the weak points of the superior attacker, namely the joints. This is the greatest benefit of this sport as a child self defense.
A child cannot defend itself from an adult. However, you will be able to do it later as a teenager (provided the technique is optimally mastered and the difference in weight is less than approx. 25-30KG)

BJJ is practical, as well as other martial arts. Children train with partners who, depending on the task at hand, give 100%. You know what it feels like to be attacked and can react more calmly and effectively in these stressful situations. 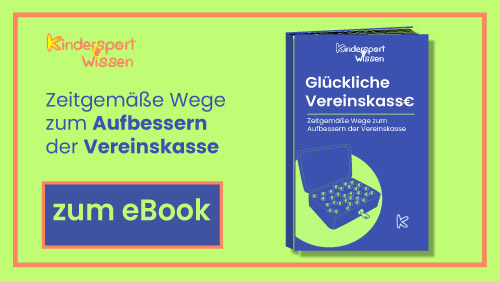 Even if it seems so on the outside, in Brazilian Jiu Jitsu children also learn how they do in Stand Fend off blows and grabs and accordingly buy yourself time to escape from a threatening situation. So it is a mistake that children at the BJJ only on the ground work out.

Although the focus in BJJ is on sport, a good BJJ school for children also focuses on that preventive part worth, which, as described above, is essential for children's self-defense. So it is taught how children recognize dangers and avoid them. A good example of this:
They tell children to get you bad people paint - you get to see the cruelest faces. They are then told that an evil person does not have a specific shape - he can be short, tall, male, female, blonde or black-haired. Children also learn that physical defense the last option is.

Ultimately, the BJJ does not train a warrior, but an athlete - who ideally also teaches children self-defense. There, children learn the most important values ​​from sport and, above all, have fun!

Tips for parents when choosing a trainer

Parents should speak to the child's trainer and ask if the training is also geared towards children's self-defense.

In addition, children should take part in 2-3 trial training sessions. This is how parents get a good picture. If the martial arts school does not offer trial training, we advise against these schools.

If a trainer tells you that you can defend yourself physically against an armed person, he himself has little experience and is the wrong trainer when it comes to children's self-defense. In such a situation, escape is the only way to get out of the situation in good health.

If you liked our contribution, we look forward to a small donation (€ 2.50). This is how you support us with running server costs.

The donation is made through the service Paypal . You can find more information about PayPal in our privacy policy.