Are the Germans proud of their history?

Only in the last few years has it been halfway acceptable in Germany to wave the national flag in public - and even for this change of heart a big football event in one's own country was needed, the 2006 World Cup.

Most Germans are reluctant to express their ties to their own country publicly, as I have noticed in my six years here. But they think very differently when it comes to love for their own city or region. In this case, the German language even has the beautiful word "local patriotism" ready.

In Germany, pride in the region or city in which one lives seems to play a much bigger role than pride in one's own country. Here's what I learned about German local patriotism:

Local patriotism is not based on rivalries between football clubs. They're an important part of it, of course, but some regional hostilities are as old as the earliest records of football itself - dating back to the second and third centuries BC.

Particularly celebrated in carnival: the rivalry between Cologne and Düsseldorf

For example, the famous rivalry between the two major cities in the Rhineland, Cologne and Düsseldorf, is also played out in the stadium and emphasized when it comes to the carnival or beer. However, it is rooted in historical events in the past, in which money also plays a role:

While Cologne, only 40 kilometers away from Düsseldorf, has developed from a Roman colony to the largest city in the state of North Rhine-Westphalia, modern Düsseldorf, which emerged from a small medieval settlement, is now the state capital.

The event that is commonly cited as the root of all evil in the relationship between the two cities is the Battle of Worringen on June 5, 1288. However, research has not yet been able to conclusively determine whether this battle is actually the origin of the city rivalry clarify.

Whatever the origin, we are talking about more than 700 years of strife. So don't you dare order an Altbier in Cologne or a Kölsch in Düsseldorf if you don't want to be killed by the eyes of the locals.

2. Your worst enemy is your neighbor

These types of rivalries often affect neighboring cities: for example Mainz and Wiesbaden, Frankfurt am Main and Offenbach or Dortmund and Gelsenkirchen.

You can test it and just ask someone from Mannheim what the nicest place in the neighboring city of Ludwigshafen is. The answer will certainly be as follows: the bridge over the Rhine to Mannheim.

Germany's invisible trenches do not only run between cities. The choice of dressing for a potato salad can also become a controversial question: You can either opt for the vinegar-oil or mayonnaise variant. 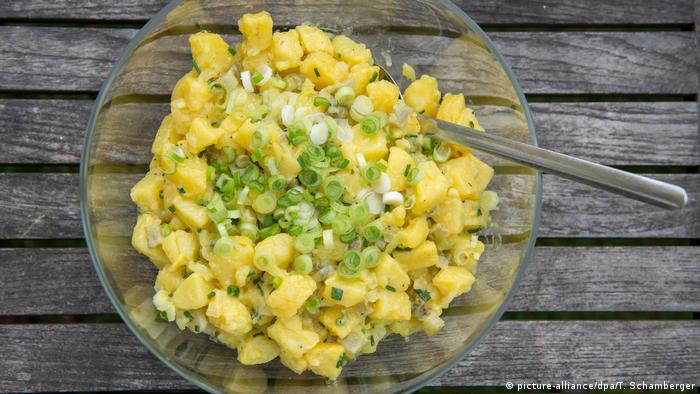 Clearly: This potato salad was dressed with vinegar and oil

The rivalry between the neighboring regions of Swabia and Baden, for example, has a long tradition - although viewed from the outside, both would probably simply be subsumed under the southern German state of Baden-Württemberg.

Not only in Baden, but also in other parts of Germany, an anti-Swabian mood, a "Swabian hatred", has developed. This phenomenon even has its own Wikipedia entry in English.

In Germany there is a persistent stereotype that Swabians are greedy, stingy and uptight. In Berlin, the Swabians were declared an enemy because they were accused of promoting the gentrification of certain city districts and of changing the character of the otherwise liberal Berlin with their Swabian narrow-mindedness.

The deepest rift is not between Berliners and Swabians, but actually between Swabians and Badeners. They do not believe me? Just try to explain to someone from Karlsruhe in Baden that they basically live in a suburb of Stuttgart in Swabia. I wish you success!

3. Berlin against the rest of the world

Probably everyone knows from their own country that you show a certain degree of disdain for the residents of the capital of your country if you don't live there yourself. 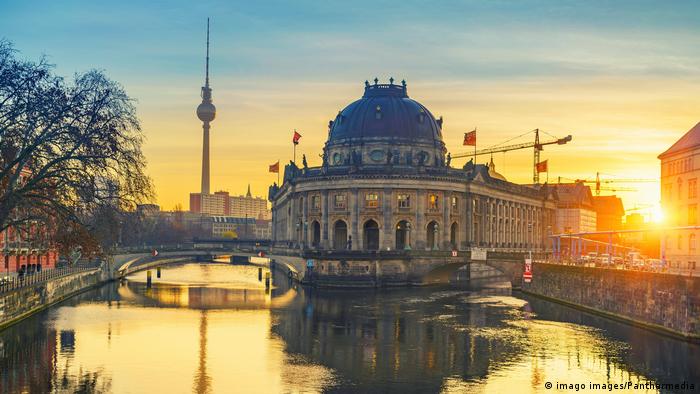 Berlin: Does this look like the most beautiful city in the world?

Although Berlin is popular with tourists and Berliners alike, its reputation within Germany is not good, as I have learned:

Many Germans see Berlin as a city of lazy people and hippies who are on the pocket of the German economy and do nothing to Germany's financial success.

Berliners, on the other hand, consider their city to be the best in the world - or at least one of the best in Europe. The crowd of international artists who move here from all parts of the world is for them further proof of how attractive their city is.

4. Local patriotism instead of national pride

In Germany, given its history, which includes the Holocaust, World War II and the Herero and Nama genocide - to name just a few historical events - there is still a heated debate about how vocal to be proud of one's own Heimat should and can articulate.

But while statements about national pride and patriotism - especially in public - are associated with a right-wing attitude by many in Germany, local patriotism is considered completely legitimate and is mostly appreciated and valued as lovable.

That is, until you order a Kölsch in Düsseldorf.

You can find more about Germans, their everyday life and their idiosyncrasies on our website dw.com/MeettheGermans_de and on YouTube. Also check out our new Instagram channel: @dw_meetthegermans.