What a feeling that never gets old

My Europe: Corona has made us all old

Two weeks ago I met several former high school classmates who had come to our hometown. Life seems more bearable here - for the simple reason that our parents have houses with gardens here. These things are now of immeasurable value. For some of us it seems impossible to achieve such goals on our own - especially not in a big city.

I haven't seen two of my former classmates since graduating from high school because they moved to other countries, but they can work from home, so they came back for a while. As much as I enjoyed the thought of this reunion - my heart galloped all day long because I was finally going out, not into town but into someone's yard - the first moments of the meeting were strange. The type of greeting immediately showed how everyone feels about the current medical situation. Some stayed cautiously at a distance and waved, others greeted each other with their elbows, another cheerfully lunged at us to hug us, but that didn't work for everyone. Even though our ages are the same, in those moments I had the feeling that some were younger than the others.

I had hoped that we wouldn't talk too much about the pandemic, but of course that topic dominated the meeting. On the table, between bottles and bowls of peanuts, jars of disinfectant were strewn. We set up our chairs so that there was a certain distance between them, but that meant we didn't hear each other very well and had to speak louder. And you know that you scatter droplets of saliva even more if you speak loudly. I recently read an article that analyzed the risk of contagion in different situations and the conclusion was somehow that it was best not to talk at all when meeting friends. Who knows what will come out as soon as you open your mouth. We could literally throw dirty words around us. And that's all the worse in a closed room.

Less than a year has passed since the first worrying signs of the virus spreading, but many aspects of our lives have been reconfigured. From norms of courtesy to the perception of our age. In the first few months it was said that the disease would spare young people, and consequently they were not careful enough. You pointed your finger at them because they were spreading the virus without knowing it. In the meantime, enough young people have become ill and this discourse has moderated somewhat. We have all grown old - namely, vulnerable. I was young as long as I lived alone in the first few months of the pandemic, but then I returned home and assumed the age of the people I now live with.

We experience fluid and fluctuating times in which data collected from one day to the next is constantly changing statistics. Nothing is safe in our everyday life anymore, plans no longer make sense. The announcements of the authorities have to be followed constantly. And these authorities stagger and stumble.

In our region everyone fights for themselves

I've suffered from moderate nearsightedness since I was 13, and I live in a rather foggy world without glasses. When I leave my private rooms and have to put on the mask, I do without the glasses because they always fog up, which is annoying. 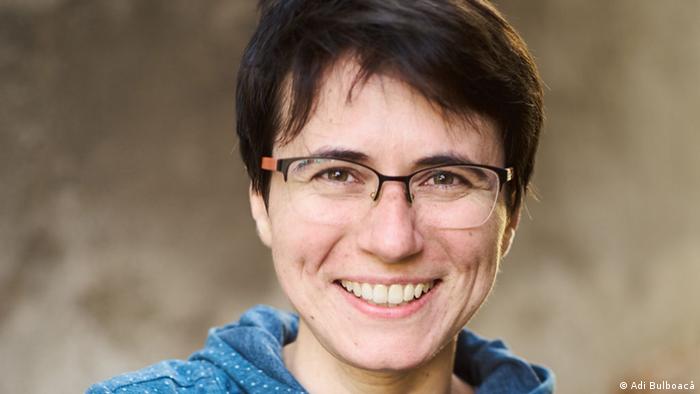 That's why my pandemic universe is confused and diffuse, full of voices that sometimes I don't know where they come from. In this universe, the lack of one sense weakens the others too. It seems as if that also diminishes my intelligence a little: It has already happened to me that I make mistakes several times when counting money when I have to go shopping. Sometimes I cross the street when it is red, although I recognize the color of the traffic light, but I have the feeling that I can no longer process this signal.

This is the image I will associate with the pandemic - even after it has ended: a foggy, confused time, with stupid dangers at every turn, such as a hole in the asphalt where you can sprain your ankle. A time in which everyone fights for themselves, as it always is in our region when we go through crises. Because the state is incapable of looking after its own citizens - least of all the small and weak. A time when the most important thing is to gather your strength so that your foot is in exactly the right place, one step at a time, so that you don't fall over. Especially when other people are dependent on you too.

We are all in danger

There are many things that we do not see clearly at this time because we are unable to grasp the complete information. Things to do with the spread of the virus and the race for the vaccine, with the accelerated mass surveillance, with developing the writing and reading skills of a second grader who only had online classes for a year, with myriad other consequences of the shock waves the anti-corona measures that reach into all social classes. Most of us are short-sighted in many areas - and it is impossible for us to be otherwise.

I have no short answer to the difficult and complex question of how young people get through this crisis. There are probably institutions that have up-to-date statistics on the infection rate by age group, unemployment figures and data on falling purchasing power. Our age can be found on one axis of these graphics. But even if I had access to all of this data, it would still be difficult for me to read. My impression is that it is no longer so important how old we are, because you could also be a "young-person-with-hidden-diseases". You don't know how many ways your own body can betray you. We are all in danger. It is not age that distinguishes us now, but rather the economic situation. In a way, as a pensioner, you have more security: The time is over when you ran the risk of becoming dispensable for your employer. Or to be considered unimportant if you are active in a "non-systemically relevant" area like culture (this is basically the message that gets through to us).

The future, a pipe dream

Yesterday a neighbor told me that if he were "the boss of the world" he would keep everyone in the house for a month and a half and then we would be rid of the virus. I would like the optimism of this person who is convinced that there are simple solutions. It makes me curious about whom his anger could be directed against, because something is boiling in all of us, but the conversation quickly broke off. A month and a half - it seems like a moment, but under the current circumstances it would certainly not be so. Time has widened, it is almost frozen, March already looks like from another life. So we live in this fog in which all we have left is to move carefully, from near to near. Here the future has become a pipe dream, no matter how young you are.

Lavinia Branişte's first novel "Interior zero" was voted the best novel of the year in 2016 in Romania. In 2018 the German translation under the title "Null Komma Irgendwas" was published by mikrotext-Verlag, Berlin. Her second novel "Sonia ridică mână" ("Sonia raises her hand") will be published in German translation in early 2021.