Foreign nationals in the UK - Many British see their culture threatened

One study concludes that the principle of multicultural society does not work in Great Britain. According to this, 40 percent of British think that British culture is in danger and that the government has no control over migration and integration. SRF correspondent Martin Alioth explains why many Britons think that way. And where to look for the reasons for it. 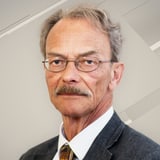 The former UK and Ireland correspondent for Radio SRF has lived in Ireland since 1984. He studied history and economics in Basel and Salzburg.

SRF News: Are you astonished by the results of the study?

Martin Alioth: Not really. I refer to the Brexit vote in June 2016, when 52 percent of the British voting for their country to leave the EU. One of the few points on which there is consensus in the whole discussion is that immigration played a very important role in shaping opinion.

According to the study, there is great frustration with immigration policy: only 15 percent of those surveyed gave the ministers a good report. What did the government do wrong?

The government has closed its eyes for many years. When the EU was expanded to the east in 2004 - the Union was joined by Estonia, Latvia, Lithuania, Poland, the Czech Republic, Slovakia, Hungary, Slovenia, Malta and the Republic of Cyprus - Great Britain was the only country, alongside Ireland and Sweden, that accepted the new EU Granted citizens full freedom of movement from day one.

The government was completely surprised by the immigration and had therefore not prepared any plans.

The UK government's estimates of how many people from Eastern Europe would benefit from free movement in the years after 2004 were a thousand times lower than the real figures. The government was completely surprised by this and had made no preparations accordingly. Public services like health care and schools came under pressure - and they are to this day. In the past 14 years, hardly any investments have been made in these state services, even though immigrants from Central and Eastern Europe are busy paying taxes.

So is it all about economic fears and food envy?

First, most Eastern Europeans who come to the UK are highly skilled. In addition, there is a certain wage pressure in the lower income segment due to immigration - not only that of Eastern Europeans has increased sharply. But that mostly concerns work that the British do not want to do themselves. In addition, there is currently high employment in the kingdom. The unemployment rate is at an all-time low.

It is better to hire ten cheap workers than to invest the money in a machine and thus increase productivity.

However, the British economy as a whole is comparatively unproductive - mainly because of the cheap labor. It is better to employ ten workers who earn very little than to buy a machine for the money that would produce much more. Instead of immigration controls, the UK needs structural reforms, such as better vocational training for young Britons.

In the course of the EU opening to the east and the immediate full freedom of movement for the new EU citizens in Great Britain, immigration to the island increased sharply: In 2004, net immigration exceeded the number of 200,000 people for the first time. In the ten years between the 2001 and 2011 censuses, the number of foreign-born citizens living in England and Wales increased by 2.9 million to 7.6 million. Many of the immigrants came from Poland, but even more from the former British colonies of India and Pakistan.

According to the survey, four in ten Brits see their culture at risk, despite the fact that Brits have hundreds of years of experience with foreign cultures and immigration through their colonial history. Is worry a new phenomenon?

No. In addition, these cultural fears relate less to the Polish plumber than to the descendants of older immigrant groups, especially from Pakistan, who mostly live in the north of England. Although they are already in the third or fourth generation of the country, they are often not integrated and live in ghettos. And that, although on paper they have long been, or at least could be, British.

Immigration and migration policy are national issues in the UK, but the perception is very different from one region to another. Where are the people's fears and distrust of the government greatest?

You have to differentiate between the different immigrant groups. The Eastern Europeans, for example, live mainly in the east of England. Agriculture still dominates there. Many Eastern Europeans first came as farm workers, but now they work throughout the economy and society. Small towns like Peterborough or Boston are affected, where a third to half of today's population has moved from Eastern Europe in recent years. That is clearly too much.

The study shows a great deal of distrust towards the British government. What measures does it intend to take?

She plans to publish a white paper on future immigration policy in the next few weeks. With Brexit, the free movement of people with the other EU countries is to cease to exist. Prime Minister Theresa May has just made it clear again that there will be no privileged access to the British labor market for citizens of the EU-27. All foreigners should be treated equally.

But that alone is not a model for a more integrated society. In addition, immigration from the remaining 27 EU countries has declined since the 2016 Brexit vote. As a result, the British health system, for example, is lamenting immense problems in finding enough nurses.

The interview was conducted by Marlen Oehler.