Indians are as smart as the Chinese 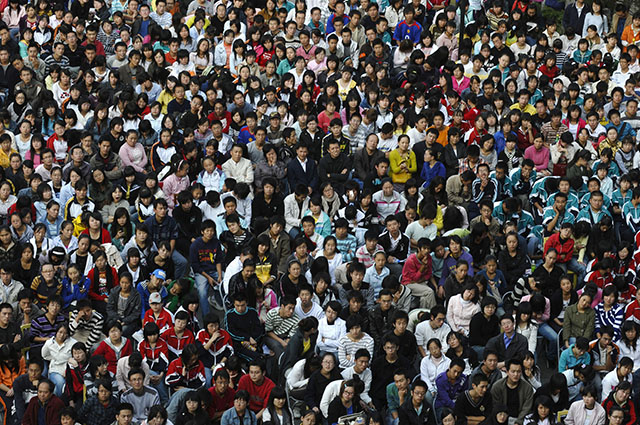 China's per capita income is still modest compared to Western countries. But because the population is so large, the election of the new Politburo is more important than the US elections. Obama and Romney may have very different ideas about economic policy, but the question of how the new leadership in Beijing wants to achieve growth and stability in the future dominates everything that is happening in the West.

Anyone interested in China can therefore not avoid looking at the country's demographics. One wonders again and again how it is possible that so many people can live in such a small space. How could it possibly come this far?

On the one hand, the above-average population growth has to do with the natural endowment of the country. Areas that cultivated rice for centuries achieved higher agricultural productivity than wheat areas. The yield per hectare in China in the 17th and 18th centuries was significantly higher than in Europe, as new research shows (e.g. here).

But just as important was something completely different that at first glance has nothing to do with China: the conquest of America by the Spaniards. In the 16th century, the Spaniards discovered a very nutritious crop in Central America and spread it across Asia via the Philippines: the sweet potato. It allowed Chinese agriculture to develop areas that were previously too inhospitable, whereupon the population literally exploded in the 18th century.

As the following graph shows, the population of China increased from 138 to 381 million people between 1700 and 1800. That is an absolute record for the pre-industrial era.

Because of this extraordinary growth, China's share of the world population reached the high level of 37 percent in 1800. Since then, it has fallen again, as the following graphic shows.

So the question why there are so many Chinese has an extremely simple and short answer: Columbus.