When do single-use cameras expire

Disposable cameras are a lot of fun. Despite the technical limitations, or perhaps because of them, they give you great souvenir pictures of vacations, weddings and parties.

Although they are very easy to use, there are still some questions about this topic. You can find the answers to these questions in this article.

What is a single use camera?
Disposable cameras are plastic cameras filled with preloaded film. After you have filled the analog film with pictures, you give the cameras as a whole for development. There the film is taken out and developed in chemicals. The result is the film strips with the images. The film strips can then be printed or digitized.

Possible areas of application are a wedding, a party or vacation, some models come with an underwater housing. The cameras are usually easy to use and not much can be done wrong or broken. Therefore, it worked well in the hands of children.

Which disposable camera is good?
Which model is the best? In general, the models do not differ much from each other. In most cases, the biggest difference is whether or not a flash is built into the camera. In most cases, you will not notice much of the differences in image quality. There are models from Kodak and Fujifilm, but also from no-name providers. 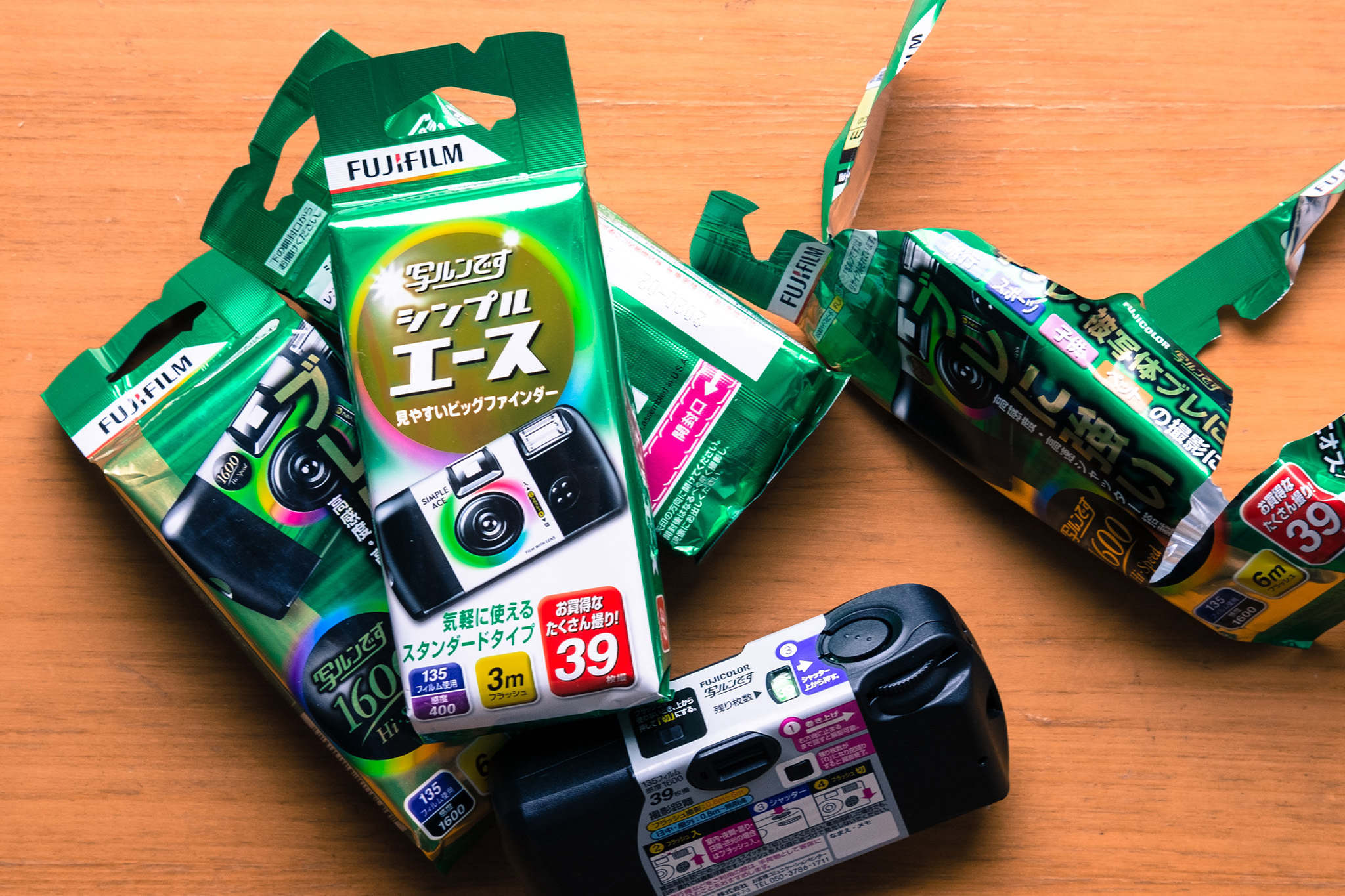 How long do they keep?
Just like the milk in the supermarket, single-use cameras also have an expiration date. The best-before date printed on the camera relates to the film in the camera. Analog film can lose its sensitivity to light over time and the color rendering can change. This also depends to a large extent on the storage conditions. So it is advisable to pay attention to the expiration date. Nevertheless, cameras that have expired for some time can still be used without hesitation. With single-use cameras in particular, you don't want technically correct images.

Are there cameras for black and white images?
As a rule, there are color films in the plastic cameras. But there are also some single-use cameras for black and white images. The Ilford company offers about two cameras (Amazon). The difference between the cameras is the inserted film. The XP2 can be developed in the same developing process as color films and is therefore easier to use. The HP5, on the other hand, has to be processed in a black and white developer. This can be cheaper if you already have the appropriate equipment at home, but also more expensive if you give it to the laboratory for development. The company Lomography from Vienna also offers a camera with a black and white film.

Are there filters for the cameras?
Filters for your camera can be made from transparent colored film. These filters can be attached either in front of the lens or the flash. It should be noted that this leads to a loss of light.

Where can I buy disposable cameras?
The widest range of cameras can be found online. At Amazon, for example, there is a wide range of cameras. But you can also find it on eBay or one of the specialized dealers. The prices for a single-use camera are usually in the range of 5 to 12 euros, depending on the brand and film.

What does a disposable camera cost at DM?
A camera at DM-Markt costs around 6 euros. The Paradies camera comes with a flash and ISO 400 film with 27 frames. At DM you can also hand in the camera for development.

What does a single-use camera cost at Rossmann?
The prices for a camera at Rossmann are in a similar range to DM. There, too, the development of the full film is possible.

How are the cameras developed?
If the film in the camera is filled with images, the camera must be brought to development. You can take the camera to a photo lab or drugstore chain nearby. There are also some photo labs where the camera can be sent in by post.

How long does it take to develop?
The development time depends on the laboratory. Some offer a development in 24 hours, with others you have to wait a week or two for your pictures.

How can I digitize the images from my single-use camera?
The answer to this question depends on the equipment you have. If you have a flatbed scanner with a transparency unit, you can use it to scan the negatives. We advise against using the cheap negative scanners. You get better results by photographing the negatives with your smartphone or digital camera and then converting them on the computer or via an app.

Another possibility is to scan the prints of the pictures.

Can the camera be reused?
Most models can theoretically be reused. How easy this process is depends on the model. The greatest difficulty is usually getting a new film into the camera.