What is an owning company

After Brexit, the company that owns the left house project may no longer have legal capacity. Another eviction suit could fail. 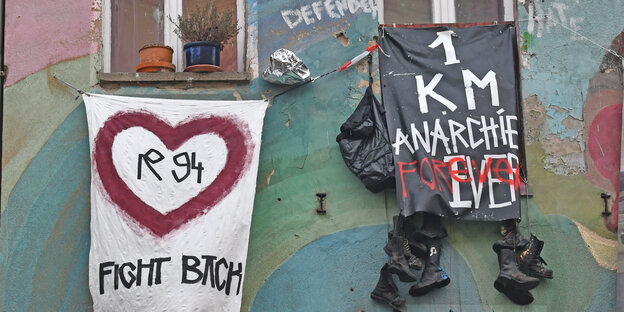 Anarchy: also on the part of the owner Photo: dpa

BERLINtaz | In the seemingly endless legal dispute between the owner of Rigaer Straße 94 and the Verein Freunde der Kadterschmiede e. V., who runs a bar in the backyard of the radical left-wing project, gets down to business for the British mailbox company Lafone Investments Limited. Last summer she again filed an eviction suit before the regional court, but now there are doubts as to whether the company founded in 2014 is still legally capable, i.e. entitled to sue. The reason for this: Brexit.

In one of the letters to the court from the taz, Rigaer94 lawyer Benjamin Hersch denies Lafone this legal capacity, calling it "neither capable of taking part, nor capable of taking legal action, nor actively legitimized". Until the turn of the year, companies operating in Germany with the legal form of an English limited company were recognized without restrictions.

Actors from the real estate industry or law firms used the laxity on the island to circumvent local standards such as the requirement for a minimum capital. But since leaving the EU, Great Britain has been treated like a third country; Companies registered there but operating here are therefore subject to German company law.

Hersch says: “The plaintiff has no business activity in Great Britain and therefore has its administrative headquarters in Germany.” In an interview with the taz he explains: “The Lafone was only built to buy and manage the house at Rigaer Strasse 94 . ”She would have to prove a different administrative seat to the court, but Hersch considers that to be impossible.

When researching the alleged place of business in Durham, northern England, not even a Lafone mailbox was found; the courts, too, have repeatedly had problems delivering mail and to this day fail to collect costs for lost litigation. The company has no employees, just a "director" whose orderly appointment has not yet been proven in any procedure. Likewise, her lawyer Markus Bernau repeatedly failed to prove that he was duly authorized.

"If it is really a pure mailbox company, it would be difficult for you," says Wolf-Georgringen, director of the Institute for Law & Economics at the University of Hamburg and visiting professor in Oxford when asked by the taz. If the limited company is no longer recognized, the court can “re-qualify” it into a German company - into a civil law partnership (GbR) or a general partnership (OHG). The legal capacity of Lafone would be preserved, according to rings, with the disadvantage that the limited liability for the shareholders would be eliminated. At least two shareholders are required for such a conversion.

Here it gets tricky again for the Lafone. Although two shareholders are named in the decision of the regional court of August 18, 2020, these are a private person, the Ukrainian Mykola Kovall with a share of 6 percent, and another limited company, which holds 94 percent of the shares. This Coraline Limited has the same place of business as Lafone and therefore possibly the same problems; The regional court also considered its managing director to be insufficiently legitimized.

Coraline may be the real owner, who wants to remain anonymous under all circumstances. In September 2019, Interior Senator Andreas Geisel (SPD) met with possibly this man who introduced himself as the owner but did not want to give his name.

How the district court will deal with all of this is uncertain. If there is only one recognized partner, the conversion into a German company does not work - "then the proceedings are over, there is no legally competent plaintiff," says lawyer Hersch. The possibility remains that the sole shareholder tries to enforce his law as a natural person.