Is religion or science preferable

In my last article, which was about falsifiability as a paramount criterion for science, I wrote quite abstractly about scientific theories as a whole, using the theory of relativity as an example. Today I want to change my perspective and take the point of view of the individual researcher. If we are working scientifically, it doesn't hurt at all to take unverifiable beliefs as a premise. Faith can be quite useful.

Theories of science describe the scientific community as a whole. They explain how science1 manages to create relatively certain knowledge, although we know from the millennia-old dispute between rationalists, empiricists and skeptics that nothing can be irrefutably certain. The fine points of the theory of science are not a problem for individuals in the scientific community. Individual researchers are expected to do their work on a small scale. You do not have to worry about the scientific justification of what you are doing when calculating with a theory or publishing data. If it is said that belief has nothing to do with science, then it applies to the set of scientific theories as a whole, not to individuals.

Believe has at least two meanings in the German language. It is trivial that scientists are not always entirely sure. "I think that's enough data now, but the analysis will show it." I am not talking about this belief here, it is about the belief of the religious, about the unconditional acceptance of a statement that cannot be proven to be true. Having a clear idea of ​​what the world should be like can be a powerful motivator in solving physical problems.

The history of physics is full of personalities who were guided by a strong belief in a particular world system. With his sun-centered worldview, Copernicus wanted to return to a harmony of the laws of nature that he could no longer recognize in the Ptolemaic conception. Einstein's general theory of relativity is based on Mach's principle, which categorically excludes the existence of an absolute space. His conviction that the world must follow simple structures was a strong incentive to design the mathematically demanding but elegant general theory of relativity. His belief in realism, that is, that every object of science should have unique properties at all times, led him to consider quantum mechanics to be incomplete and to contribute to the debate as groundbreaking thought experiments as the EPR paradox.

In the article What is real In the July issue of Spectrum of Science (Michael Blume reported) the philosopher Meinard Kuhlmann pleaded for more courage in metaphysics. That's right: if you have a clear metaphysical idea of ​​how the world should be, you will find it easier to break new ground in physics. 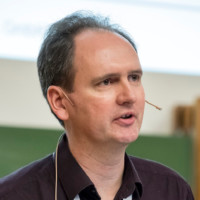 Joachim Schulz is group leader for sample environment at the European XFEL GmbH in Schenefeld near Hamburg. His scientific career began in quantum optics, where he studied the interaction of individual atoms with laser fields. Among other things, she introduced him to atomic physics with synchrotron radiation and cluster physics with free-electron lasers. For four years he planned, set up and carried out experiments on coherent X-ray diffraction on biomolecules at the Center for Free-Electron Laser Science (CFEL) in Hamburg. In his spare time, for example, he writes "Joachim's Quantenwelt" on the blog or on his homepage.