Where does the term come from?

Knorr: The dilemma with the sauce

In the course of the current debate on racism, the Knorr brand's "Gypsy Sauce" is being renamed. "Hungarian style paprika sauce" should be on supermarket shelves instead in a few weeks.

"Since the term gypsy sauce can be interpreted negatively, we have decided to give our Knorr sauce a new name," said the parent company Unilever at a request from Picture on sunday With.

The Central Council of German Sinti and Roma welcomes the decision, but considers the seasoning sauce to be the wrong level for a discussion of the term.

"It is good that Knorr is responding to the complaints of many people," said the chairman of the Central Council, Romani Rose, to the newspaper. However, he himself is more concerned about the growing antiziganism in Germany and Europe.

"Against this background, gypsy schnitzel and gypsy sauce are not of the utmost urgency for the Central Council." It is much more important to evaluate terms such as "gypsies" in their respective contexts, "when, for example, gypsies or Jews are chanted in football stadiums with openly insulting intent," said Rose.

There has been a debate about the sauce before. As early as August 2013, the Forum for Sinti and Roma asked several manufacturers of the sauce to rename it, for example to paprika sauce or Hungarian-style sauce, through legal letters. 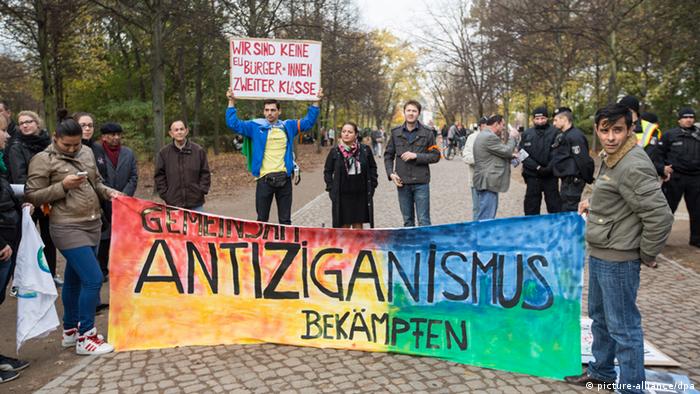 Demonstration against anti-Sinti and Roma hostility in Berlin (2013)

At that time, however, the discussion was led ad absurdum with comparisons such as the Jägerschnitzel, hamburgers, Berliners and Sauerländer. In 2015 this led to allegations in the Pegida discussion: In Germany one should not even talk about "gypsy sauce" anymore.

But anyone who compares "Gypsy Sauce" with the Jägerschnitzel, the American or the Berliner is misunderstanding the problem, according to the website of the Sinti and Roma in Berlin, the Free University of Berlin. It is not about protecting anyone from cannibalism or the like. Rather, the dispute is about "critical and reflective use of language," as Silvio Peritore, vice-chairman of the Central Council of German Sinti and Roma, demands.

Sinti, Roma and the origin of the sauce

Sinti and Roma is an umbrella term for a number of ethnically related groups who immigrated from India to Europe from the 14th century. The Sinti are a sub-group of the European Roma who live in Central and Western Europe as well as in northern Italy.

The pair of words is intended to replace the term "Gypsies", as it is rejected by the Central Council of German Sinti and Roma due to its history with negative connotations and racist stereotypes in public use - "that is what the Sinti and Roma never called themselves," it says in the explanations on the website. 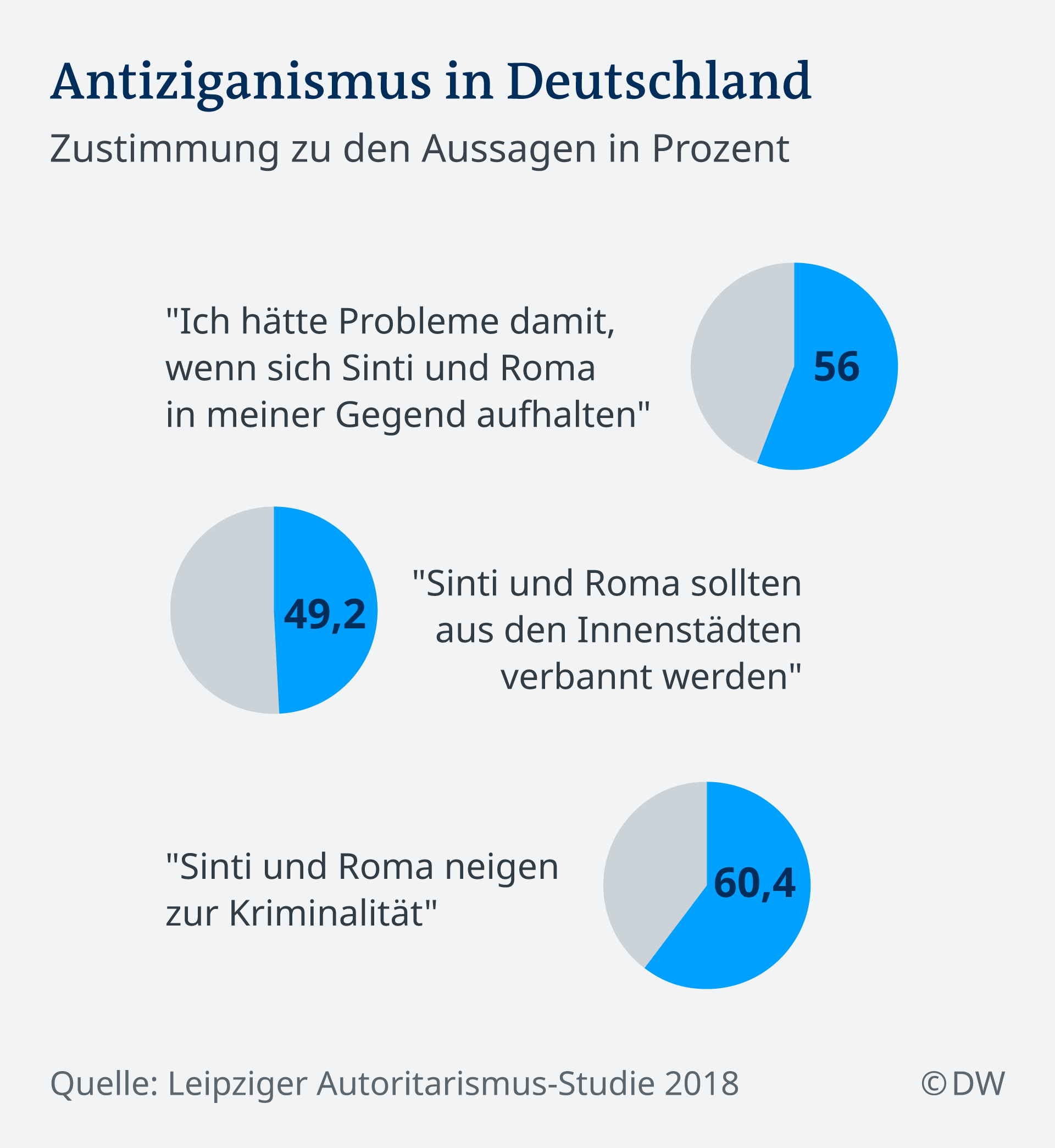 In 1978, at the 2nd World Roma Congress in Geneva, the name "Roma" was officially adopted as the successor (to "Gypsy"). In Germany, this agreement was initially adopted by the civil rights movement and the self-organizations, to which "Sinti" and "Sinte" were introduced in parallel.

Regardless of this, the term "gypsy" has become more independent - and can still be found today, just like in the form of "gypsy sauce".

But what does the sauce have to do with Sinti and Roma?

Well, actually nothing. "Gypsy sauce" is the name given to a mushroom and tomato sauce used in classic cuisine, with peppers, onions, vinegar and spices. It is derived from the garnish à la zingara and was mentioned in 1903 in the Guide culinaire of the master chef Auguste Escoffiers as "Gypsy sauce". The sauce is also often viewed by consumers as Hungarian and / or spicy.

The Sinti and Roma also see the culinary roots of the sauce in Hungary rather than in their own kitchen.

After Knorr, other suppliers want to rename their sauce. The food manufacturers Homann and Bautz'ner informed the German Press Agency (dpa) that their corresponding seasoning sauces will soon be called differently.

"We have been planning to change the name for a long time and the timing only depends on production-related circumstances," said a spokeswoman for the Saxon company Bautz'ner. The discussion has also been going on for some time at the Lower Saxony company Homann, based in Dissen, as a spokesman for the Theo Müller Group announced.

The term is still seen as a pure brand name, but "we will rename this brand in a way that suits the product during the next relaunch of the packaging design".

Initially, the companies did not provide any information about the new names. From the retail group Edeka it was said that a renaming of the seasoning sauces of the own brands of Edeka and the Netto Marken-Discount was being examined.

Racist logos and advertising have not only been discussed since the current anti-racism protests - let's remember, for example, this H&M advertisement or this commercial from VW - for which both of them earned serious shitstorms.

But at the moment, companies seem to be a little more attentive to their logos and brands in order not to be targeted next - as was the case recently with Uncle Ben's rice, known as chocolate biscuits Africa or the Sarotti-Mohr.

Knorr and Co. are in good company with the re-branding of their seasoning sauces - but like their predecessors, they too have to face discussions on the Internet.

That is not surprising. "In particular, the reach and influence of social media and the influencers they contain are modern lever movements that can nowadays have a positive or negative effect on the brand image extremely quickly," writes the advertising agency nk neue kommunikation.

A positive brand image is an important success factor - and value-based topics with attitude are becoming more and more important. "Unethical behavior has a clear negative impact on brand image," the authors say.

Herbert Heuss from the Central Council of German Sinti and Roma is less euphoric about the current renaming of Knorr - it is actually not surprising that the "Gypsy sauce" attracts more attention than the desolate situation of large parts of the Roma population in Europe , "especially the western Balkans, or eastern Slovakia or eastern Hungary, are really bad".

When asked whether the whole discussion about the sauce is ridiculing the problem - stigmatization and exclusion - Heuss says: "With all due respect, yes. Because this is not the context in which the term has to be discussed. Nonetheless, the current one does Debate the real challenge once again very clearly - as the hate speech that is sparking on the Internet about it shows. " 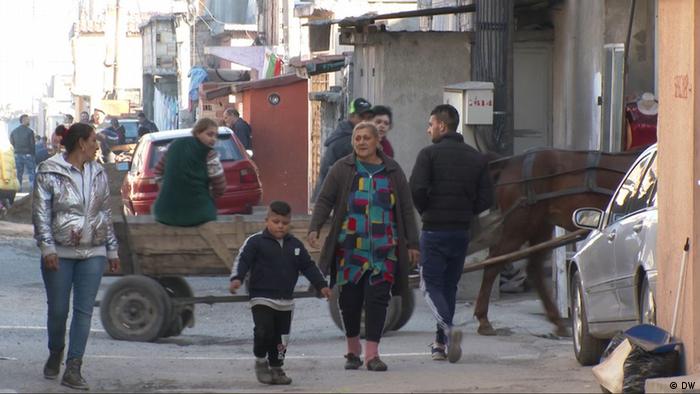 The term "gypsy" was and is a foreign name. Therefore Heuss would have nothing against it if it disappeared completely from the linguistic usage, since it was fundamentally negatively occupied. "Prejudices are resistant to change. Otherwise we wouldn't have any anti-Semitism in Germany," said Heuss.

But Heuss regards the encounter as almost even more important, which must take place in some form, because "contributions by Sinti and Roma to social diversity, for example, are largely unknown, as are cultural contributions".

He refers to thatRomArchive, a digital portal funded by the EU, which, according to its own statement, creates an internationally accessible, reliable source of knowledge on the Internet through counterstories told by Roma and Sinti themselves, which meets stereotypes and prejudices with facts.
"We have to continue working on such approaches," says Herbert Heuss.