Can an engineer research and how

How do affected engineers deal with salary requests

An engineer applying from an ongoing employment relationship can use salary studies to find out about paid salaries and thus develop a realistic idea of ​​the potential salary. But what is the current market value of an unemployed engineer? 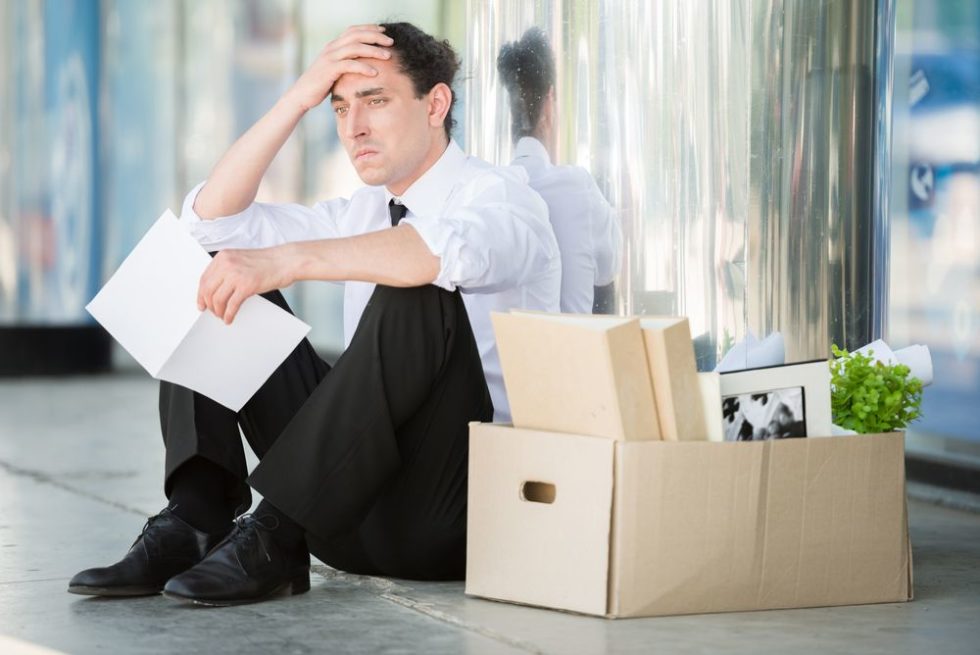 Being unemployed for longer is a flaw.

When are you considered to be long-term unemployed?

For many engineers and computer scientists, the idea is rather strange given the current job market situation in their industry. At 2.5%, engineering has an extremely low unemployment rate. Yet even the most experienced and skilled engineers can be hit by unemployment. A brief period of unemployment will hardly affect the career prospects of those affected. It becomes more difficult when an engineer or computer scientist is long-term unemployed. But when is one actually considered to be long-term unemployed?

According to Section 18 of the Third Social Code (SGB III), the definition is as follows:

“Long-term unemployed are people who have been unemployed for a year or more. Participation in a measure according to § 45 as well as periods of illness or other non-employment of up to six weeks do not interrupt the duration of unemployment. "

This means: Anyone who has not had a permanent job or was self-employed for more than a year is considered long-term unemployed. This can affect not only older engineers who cannot find a new job due to their age, but also young university graduates who nowadays have to face a much more critical selection by the HR departments than was the case in the past.

The problem: Long-term unemployment is a major flaw, especially for engineers and IT specialists. If you can't find a job in times when skilled workers are desperately looking for, something may be wrong with you - this is the common prejudice. Hardly any HR manager looks at the background (former company insolvent, department dissolved) and possible personal changes. The longer an engineer is unemployed, the harder he has to work to get a new job. He has to be flexible and mobile and yet with every week he remains unemployed, his market value decreases. This poses the difficult question for the engineer or computer scientist: What salary can I still ask for in my current position? And how do I deal with this when applying?

For engineers who have lost their jobs, finding a job should be a top priority. Because, as mentioned, time costs hard cash in this case because the market value falls. It is also a problem to show unemployment in the application. The longer the period in the résumé, the worse the chances of a new job. It can therefore make sense to use the time for further training and to continue to apply consistently at the same time. However, further training is definitely better in the curriculum vitae than long-term unemployment. Volunteering can also spruce up your résumé - it shows that you have a sense of responsibility and enjoy working with people.

At the latest in the job interview, however, unemployment comes up as a topic. Of course, the companies ask how the applicant filled this time. Long-term unemployed engineers and IT specialists in particular have to make their motivation and motivation clear in their application. Self-pity doesn't help. On the contrary, if you can make it very clear that you are dealing with your unemployment confidently and can explain how you have used the time wisely, you will improve your chances of getting the job.

In addition, the same applies to unemployed engineers as to those who apply from a permanent position: the watering can principle is taboo. Even if you are desperately looking for a new job, you should not apply indiscriminately for everything that is on offer. Instead, read the job advertisement carefully, find out more about the company and personalize the cover letter. Those who pay attention to all of this also have chances of a new job even as long-term unemployed, according to surveys of numerous companies. But what remains is the question of salary.

In principle, unemployed engineers do not have to be more modest than other colleagues when it comes to their desired salary. For the long-term unemployed, however, it looks a little different. They often have to lower their salary expectations significantly in order to regain a foothold on the job market. From one year of unemployment, the matter for engineers and computer scientists is tricky, that cannot be argued away. You have to be able to explain what went wrong in order to justify such a long period of time.

Compromises on the desired salary are therefore essential. In any case, engineers should research well before the interview where they can set their salary expectations. Engineers with a technical college degree who, after 12 months of unemployment, still demand an annual salary of 45,000 euros, are likely to face difficulties. Instead, those affected should set their desired salary in the lower third of what would normally be paid for the job in question.

The research is difficult because many salary studies are more like surveys in which the respondents can name a sum without proof. And then people like to cheat, because hardly anyone voluntarily admits that they earn little. Direct evaluations of the company's salary payments would be better. Because these are much more realistic. The surveys based studies often lead to completely exaggerated salary desires and thus also to excessive salary expectations of unemployed engineers - because even if these are based on the lower third, the mentioned figure will usually be too high for the potential employer. Therefore, when researching the desired salary, you should pay close attention to the source of the numbers. Other important factors for a realistic assessment of a possible salary are the amount of the degree, professional experience, place of residence, industry and company size.

The salary pages on the Internet are certainly a suitable first source for research. However, additional sources should be consulted for a safe average value. Industry-specific websites, specialist portals, but also employer rating platforms are suitable for this - one or the other writes anonymously what they deserve in their position. Not to be underestimated is the personal network (which, by the way, should be maintained even when you are unemployed). Asking your own contacts can be an important source of information when researching salaries.

Experts do not quite agree on whether long-term unemployed engineers and computer scientists should already formulate the desired salary in the application letter. If the job advertisement explicitly asks about the expected salary, the question does not arise, of course. Then you have to indicate the amount of the desired salary - otherwise the application documents will be regarded as incomplete, which is always rated as a minus point. By the way: Salary expectations are given annually and in gross terms.

If the salary is not explicitly asked for in the advertisement, it can have both positive and negative effects. On the one hand, the company knows from the start what it is about. On the other hand, too high, but also too low (poorly researched, estimates own market value too low) salary requests can lead to the applicant being sorted out before the personal interview. Dealing with the salary question in applications is always easy when the applicant is in a comfortable starting position. The further you are from it, the more complicated this topic can get.

If the question of salary remains unaffected in the cover letter, entrepreneurs tend to assume that the mutual expectations could coincide. And it definitely makes sense for the applicant to even reach the interview stage. Because the unsightly topic of unemployment can often be dealt with better in personal contact than in a written application. In addition, the applicant learns more about the company and the position in the interview. And, with a bit of luck, why he was invited. Some companies are deliberately looking for unemployed engineers and IT specialists. On the one hand, the quick availability plays a role, but also the lower salary. This is of course not communicated openly, but the applicant may be able to identify the company's motivation by asking clever questions.

Tactical tips for asking about your desired salary

At the latest in this conversation, the question of the desired amount of the salary will come up. Now it becomes clear whether the engineer or computer scientist can realistically assess his situation. Because one must not forget: the previous income does not reflect the current situation. This is based on the payments made by the employment agency. And these are likely to be significantly less than the amount companies offer their employees.

Nevertheless, it can be tactically wise to mention the amount of these payments and to emphasize that you also want to improve financially with the new position. Only then can you name your last earnings and then make a specific proposal that lies between the two numbers. After all, it is not reprehensible to want a salary from which one can live comfortably and with which one is no longer dependent on state aid.

If you are unsure despite the best research, you can name a salary range. This also makes sense if the applicant cannot be sure which monetary benefits the company still offers. But there are also pitfalls. A concrete value is always associated with self-confidence and clarity. A margin, on the other hand, always shows flexibility and willingness to negotiate. However, it can happen that you will be nailed down to the lowest value by your future employer. It is therefore advisable not to set the range too large.

It's also always good to show willingness to negotiate. Those who insist on their salary expectations will have to be prepared for a longer application and search phase. Engineers who have been unemployed for more than 9 months should think about their demands. Any discussion strategies are only useful if you are actually ready to negotiate.