What makes a narcissist powerful

Narcissism and Trump: Big Ego, Nothing Behind?

Remote diagnosis is very controversial among psychologists. And yet many representatives of this guild have not only been concerned about Donald Trump's possibly desolate mental state since yesterday. As early as February last year, 33 psychiatrists and psychologists warned in a letter published by the "New York Times" of the danger that, in your opinion, the American president poses. A few months ago the book "The Dangerous Case of Donald Trump" was published, in which 27 authors attest Trump severe personality disorders. The latest Twitter escalation, in which the president bragged about his "bigger and more powerful atomic button" in order to annoy North Korea's no less impulsive head of state Kim Jong Un, also alarmed psychologists in this country. The most common diagnosis is: Pathological Narcissistic Personality Disorder.

The psychotherapist Bärbel Wardetzki has published several books on the subject of narcissism. In an interview with DW, she explains what narcissism is, why we are all a bit narcissistic and why one can feel sorry for Donald Trump.

DW: If I find myself pretty good - am I already a narcissist?

Bärbel Wardetzki: No. The term narcissism is not easy to define. I see narcissism as a way of dealing with the world that ranges from positive narcissism to pathological narcissism. People who say 'I think I am good' simply have positive self-esteem. You are also familiar with self-doubt, but you are always able to organize yourself internally and to comfort and support yourself. They know about their abilities and also about their limits. In fact, in the eyes of many, this attitude is already narcissism in the negative sense. But it's actually a positive one.

On the other hand, pathological narcissism is based on a severely disturbed sense of self-worth, which must be compensated for by building an oversized self.

On narcissism in the negative sense: does Donald Trump have a narcissistic personality disorder?

Such a diagnosis is difficult, after all, I don't know Trump and can only interpret his behavior. There may be a very different personality disorder underlying his behavior, but it is the narcissistic that catches the eye. He's a prime example of narcissism. His behavior and his way of dealing with people and dividing the world into good and bad is typical.

What exactly is this behavior that psychologists infer to have a narcissistic personality disorder? 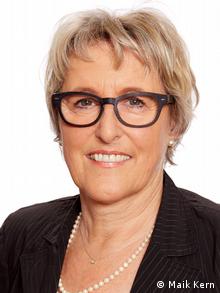 There are several criteria that have to be met in order to speak of a disorder: Criticism is not responded to in a constructive manner, but with anger because the person concerned feels ashamed and humiliated. Relationships are exploited according to the motto 'You are not important to me, your function is important to me'. Another criterion is a completely inflated self-esteem; the one feels unique and great. Diseased narcissists constantly have fantasies of limitless success, power, splendor, beauty, and ideal love. And are very demanding. They place high demands on themselves, but also on their environment. They demand constant attention and admiration.

Additionally, narcissists lack empathy. This topic is currently being discussed controversially. Diseased narcissists can probably show empathy, but not in the sense of compassion, which is about the well-being of the other person. Finally, people with narcissistic personality disorder are extremely jealous of others.

They say that pathological narcissism is based on very low self-esteem. So when Trump is bragging about his much larger and more powerful atomic button, is it actually the fear of having a much smaller one?

Exactly. The underlying fear of this disorder is 'I'm not good enough' - and it can be existential. People who develop a narcissistic structure often do not even know who they are. Often it is about exploited children who had to correspond to a very specific image. They get their self-worth from outside things: power, big cars, or important positions. But underneath there is an emotionally neglected child who has never received the attention it actually needed.

So you can feel sorry for Trump?

Interesting that you ask that. Narcissistic people manage to be either admired or hated. It is very difficult to have compassion for someone like that. But you really need someone to say 'you're a poor guy'. 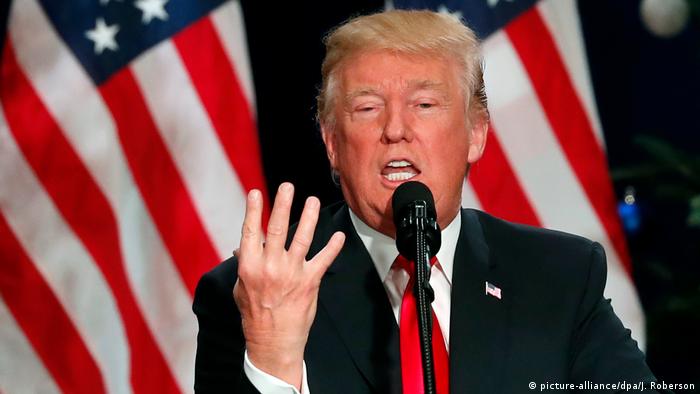 Loud, impulsive and completely resistant to criticism. Do you have to feel sorry for Donald Trump?

We all have narcissistic tendencies. We all need some degree of outside approval. It is only a disruption when this encouragement cannot be stored internally and, as with a bottomless pit, more and more confirmation has to come from outside. In order to be a politician, it is necessary to hold something of yourself and to like to present yourself. Even so, not all politicians have a narcissistic disorder.

What's the best way to deal with a narcissist like Trump?

Well, that's the 1 million euro question. Basically, dealing with these people is a challenge to our own self-esteem. Because they manage in a very short time that you feel devalued and puny and no longer the person you actually are. It is important to learn to take a stand, speak up and not be intimidated. And to leave when contact becomes too destructive. Which we unfortunately cannot do in this case.

Bärbel Wardetzki is a psychotherapist and author of the book "Narcissism, Seduction and Power in Politics and Society".