What do foreigners think of the Vietnamese

Viet Thanh Nguyen's novel "The Sympathizer" is the confession of a nameless narrator who introduces himself as follows: "I am a spy, a sleeper, a mole, a man with two faces. So it is perhaps no wonder that I am one too I am a man of two souls. " The narrator's Janus-headedness results from his origin. Born under French colonial rule as the son of an underage Vietnamese mother and a Catholic priest from France, he is discriminated against by the Vietnamese and denied by his father. He later made a detour to the USA, where he studied. After his return to Vietnam, the narrator's perfect knowledge of English finally made him the adjutant of a South Vietnamese general who worked with the Americans. As a child of many worlds, without ever feeling at home, the first-person narrator is the perfect double agent. He also works as a spy for the communist resistance from the north.

Equipped with the ability to look at everything from two sides, the first-person narrator describes the downfall of Saigon in a furious start and, at the side of the general, the flight to the USA. On behalf of the communists, he should continue to spy on the general in his new home.

The novel then finds itself in calmer waters and depicts the clash of two cultures in a comical way. While the general and his adjutant in the USA are pushing ahead with building a - historically documented - force for the reconquest of Vietnam, the first-person narrator also becomes an advisor for a Hollywood film about the Vietnam War, which is unmistakably Francis Ford Coppolas Apocalypse Now remind. In this episode, Viet Thanh Nguyen confidently demonstrates how a country can win the war but lose its interpretative sovereignty. The Vietnam War is and will remain a purely American matter.

After returning from filming in the Philippines and becoming increasingly entangled in lies, treason and murder, the first-person narrator returns to Vietnam with the help of the CIA and a small group of volunteers in order to turn the defeat into a victory. They fail and end up in a re-education camp. There the narrator makes a confession that the reader holds in his hands as a novel.

In the end, all idols are shattered: the American dream, the pathos of freedom and the revolutionary hope of Vietnam. All that remains is the will to live.

More than a spy thriller

The book hit a nerve in the United States and won the Pulitzer Prize in 2016. The special achievement of the car is that the tension and density of the thriller never let up, even if fundamental questions are discussed: What is it worth fighting for? Are any means allowed for a good cause? Do we have a chance of ever escaping the maze of opinion-making and cultural industries? In addition, the novel shows how present the Vietnam War is and what significance it has for more recent wars in Afghanistan and Iraq.

"The Sympathizer" is like a cleansing thunderstorm. Believed beliefs and certainties are washed away. An educational book that comes at the right time in the face of a US President of North Korea that threatens "fire and anger". 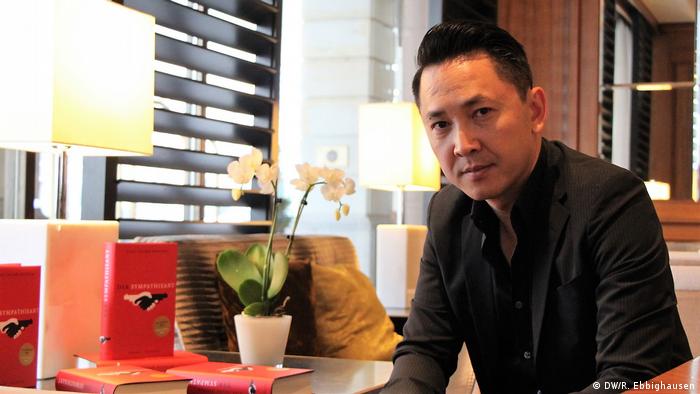 Deutsche Welle: You were born in Vietnam in 1971 and fled to the USA with your parents in 1975. You are an American with Vietnamese roots. Did this experience help you see everything from at least two sides?

Viet Thanh Nguyen: I think so. Although I am American socialized, I was always very aware of my origins. I was surrounded by Vietnamese, especially the Vietnamese refugee community, in the US. For me that meant that I never felt completely at home. For the Vietnamese refugees, even for my parents, I was an American. But as soon as I moved outside of the Vietnamese community in the US, I felt like a Vietnamese. On the one hand, I was able to understand from within which beliefs were taken for granted there, and on the other, I was able to question what was supposedly self-evident from the outside.

Do you have an example?

Or let's think of the Vietnamese refugee community in the USA. The people were deeply anti-communist. And of course I understand why that was the case. But at the same time, as someone who sees themselves as American, I realized that this strict anti-communism is narrowing the horizon. In a way that people within this community can never imagine.

When you look at Vietnam today and think of the long war, what is on your mind?

What we see today is a capitalist country, and ironically, that's what America was about first and foremost. But we also see a country that struggles with its own history. It is mainly about the history of the victorious Communist Party. The party is in power, but it is completely corrupt. We see a country full of contradictions, struggling with its political and economic legacy. That is of course fascinating, but at times also terrifying.

Why do you think it is so difficult to translate the ideals for which the Vietnamese have fought for years into concrete politics after the victory?

As soon as people come into contact with violence, they are changed by the violence. Most revolutions formulate noble goals. But in order to achieve these goals, it is often and regrettably necessary to kill people. Of course you don't have to torture anyone, but that happens again and again. The struggle for power is unthinkable without the exercise of power. And that changes people and entire societies drastically.

With regard to Vietnam, I would like to add that we are still living in the aftermath of the Vietnamese revolution. It was only 40 years ago. If we think of America or France 40 years after the revolution, we see similar problems. But as the time lag has grown, we forget the horrors that nonetheless occurred. Looking at Vietnam, the horror is still a living part of our memory.

Does that also apply to the USA, where the Vietnam War continues to play a special role?

The US is also a contradicting society. You have the American dream, which is having a tremendous impact, not just for Americans but all over the world. But there is also the American nightmare. This land is also based on slavery, genocide and conquest. These are two sides of the American character and American history. Like two sides of a coin, they cannot be separated. And America has always struggled with these contradictions. For me, Donald Trump represents the nightmare. But he's also the president America deserves. He represents that part of the American character that is xenophobic, racist, nationalist, and dangerous. Because now this part of America is back in power.

Do you have the impression that the US has learned something from the Vietnam War and with a view to recent wars in Afghanistan or Iraq?

The Vietnam War has a special meaning for me, not only because I am personally affected by it, but also because it represents a phase in a much longer historical development of American expansion: the conquest of the American West, the Philippines, later Korea, Japan, and Vietnam now Iraq and Afghanistan. Iraq and Afghanistan, but also what the US is doing in the Middle East, are repetitions of what the Americans have always done.

Vietnam is interesting because immediately after the Vietnam War, the US perception was: Vietnam was a bad war. That should never happen again. But over the past few decades this perception has changed. There are people in politics and government today who say the Vietnam War was not a mistake. It was a good war, but we failed. We made mistakes, but if we learn from the mistakes we will do better in the future. And that is what we are seeing in Iraq and also in Afghanistan. The military is trying strategically and tactically to benefit from the experience from Vietnam. They shift to a drone war and, unlike in Vietnam, forbid the media from entering the battlefields. The Vietnam War still shapes the actions of the USA to this day. 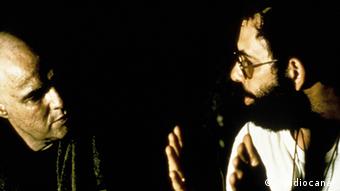 How did this reinterpretation of the Vietnam War come about? What role did the media and cinema play in this?

All presidents, both Democrats and Republicans, have tried to reinterpret the Vietnam War as a good war. This has happened since Jimmy Carter.

The interview was conducted by Rodion Ebbighausen.