What is the Global GPS Market Size

GPS alternatives: Galileo, GLONASS and Beidou
Image: teltarif.de Global navigation satellite systems (GNSS) were until some time synonymous with the name GPS, the US American system for global positioning. But various competitors - from the EU, Russia and China - are building comparable satellite networks. After a few setbacks, things are now making great strides. We will show you how the alternative satellite systems are doing.

Galileo: EU project on the right path after a difficult birth 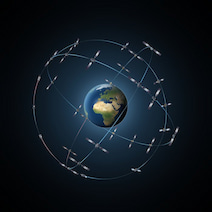 Orbits of the Galileo satellites
Graphic: ESA - P. Carril The Galileo satellite system was controversial from the start. On the one hand, the proponents defend the major European project as a necessary project for the economy and research of the EU, which could complement and improve the American GPS. On the other hand, the opponents criticize that Galileo is a pure "prestige project" of politics, devouring billions of dollars and also being superfluous, since a functioning and free system exists with GPS.

2007 marked the worst crisis for Galileo. After many years of competence disputes, negotiations between the EU and industry had failed and the ambitious project was imminent. The EU then decided to save Galileo with billions in taxes and to push ahead with building the system under public authority. Serious technical complications with the satellite launches, especially in 2014, also led to considerable delays. Since July 2018, there are now 26 Galileo satellites in space (24 main satellites plus 2 spare satellites), 22 of which are already in regular operation. Galileo was officially put into operation at the end of 2016. The gaps in coverage that still existed at that time have now been closed by further satellite launches. The system is now almost fully functional. 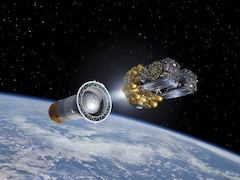 Separation of the Galileo satellites 5 and 6 from the final stage of a Soyuz rocket
(c) dpa The final expansion of Galileo should be achieved in 2020 - then 24 satellites should guarantee operation, supplemented by six reserve satellites in orbit. In contrast to all other alternative systems, Galileo is the only GNSS under civil control, even if military use has been envisaged as part of the European Security and Defense Policy (ESDP) since 2008. According to various media reports, in the future the satellite navigation system will enable more precise position determination than GPS for civil use and will be less prone to interference. In addition, Galileo will in future be compatible with GPS and Glonass, which should guarantee high precision and global availability of the corresponding services - no new receiving devices are therefore required, although a firmware update may be required. Most modern smartphones on the market are now Galileo-compatible, for example the Samsung Galaxy S9, the Apple iPhone XS and the OnePlus 6. You can find more Galileo-enabled smartphones in our mobile phone database search.

GLONASS opened for civil use since 2011 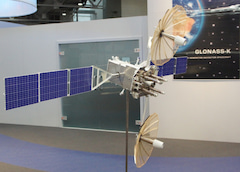 Glonass-K satellite
Photo: teltarif.deGLONASS was the only working alternative to GPS for a few years. Initially intended exclusively for military use, the Russian satellite network has also been open for civil use since December 2011. Under the direction of the Russian Ministry of Defense and carried out by the space agency Roskosmos, however, in the meantime serious technical incidents also occurred at GLONASS, which impaired the functionality of the location system. In 2010 and 2013, for example, several satellites went up in smoke immediately after their launch. 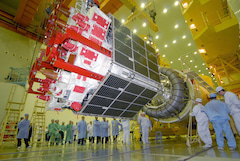 Assembly of a Glonass satellite on a Proton-M launcher (2010)
(c) dpa Since the iPhone 4S and the Motorola Droid RAZR, a GLONASS-capable chip has been part of the equipment of high-class smartphones. But even current mid-range cell phones are often able to use both navigation systems. If the receiving device can evaluate both the GLONASS and the GPS signals, both systems complement each other in terms of location, which results in greater precision. You can also find the latest smartphones with GLONASS reception using our mobile phone database search.

Beidou: China is also expanding its own satellite system

China has been working on its own global satellite system for navigation, positioning and timekeeping called Beidou since 2007. The system, also known as Compass in the project development phase until 2012, is intended to make China independent of the US GPS. In contrast to GPS, GLONASS and Galileo, geostationary satellites are also used for Beidou. Beidou is initially only activated for civil use in the Asia-Pacific region and should be available worldwide from 2020. At the end of 2018, the Asians had already put 24 of the 35 planned satellites into orbit.

As early as 2013 Qualcomm relied on the Beidou satellite system with its software development Qualcomm IZat Location Solutions and cooperated with the smartphone manufacturer Samsung. There are now many other smartphones with a Beidou-enabled chip, our mobile phone database search will help you with your selection.

While China originally invested 280 million euros in the European Galileo satellite system, the exit came in 2007. The dispute with the EU over the use of frequencies began with the establishment of its own satellite system. The EU had allowed the official first-time user right to expire due to delays. For example, Beidou satellites are likely to operate in part on the same frequency bands as Galileo. According to experts, this could be an attempt by China to protect its own satellite system from attacks. Radio interference and functional restrictions in the Galileo satellite system are also feared. Even after several years of negotiations between the parties, there are still no binding results and solutions in sight.

According to press reports, India - also in the race with China - wants to open its IRNSS (Indian Regional Navigation Satellite System) system, which has so far only operated regionally and consists of 7 satellites, to neighboring countries, but in the future it will open it under the name GINS (Global Indian Navigation Satellite) Build your own independent global navigation system.

Strong competition for GPS in the years to come

Background: technology and history of GPS and Co.